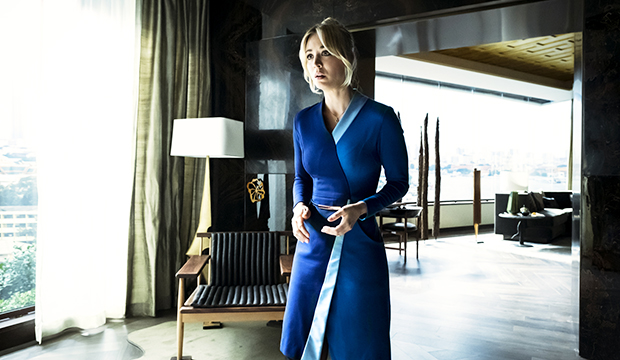 One of the non-“Schitt’s Creek” losses that “Ted Lasso” suffered during the winter awards was at the Directors Guild of America Awards. The Apple TV+ hit lost the comedy series prize to “The Flight Attendant.” Will history repeat at the Emmys?

There are lots of similarities between the DGA race and the Emmy one. At DGA, two “Ted” episodes were nominated — “Biscuits” and “The Hope That Kills You — alongside “The Flight Attendant’s” pilot, “In Case of Emergency,” and two “Curb Your Enthusiasm” episodes, “The Surprise Party” and “The Spite Store.” That’s right, there was a double vote-split, paving the way for a “Flight Attendant” victory.

“Curb” is not Emmy-eligible, but the other three DGA nominees are up for the Emmy, along with a third “Ted” episode, “Make Rebecca Great Again.” At the moment, “In Case of Emergency,” directed by Susanna Fogel, is first in the odds, with “Bicuits,” helmed by Zach Braff, the top “Ted” installment in second place (though, if you go by just the Experts, “Biscuits has more picks than “In Case of Emergency”). “The Hope That Kills You,” directed by MJ Delaney, is in fourth and “Make Rebecca Great Again,” directed by Declan Lowney, is in fifth.

Even without a DGA win, a “Flight Attendant” prediction would make sense. It has the flashiest direction out of all the nominees — “Hacks” (third place), “B Positive” (sixth) and “Mom” (seventh) are the others — and the pilot really sets the “controlled chaos” tone of the HBO Max series. And while “Ted” is the series frontrunner, you can’t ignore the fact that it has three bids here. If “Ted” couldn’t overcome a vote-split at DGA where it had two episodes, can it overcome a three-way split involving its consensus best episode of the season (“Make Rebecca Great Again”)? Not helping its cause is that directing is the branch most prone to vote-splitting. Just last year, “Watchmen” dominated the Emmys but lost directing, where it had three nominations, to “Unorthodox.” The same fate befell “The People v. O.J. Simpson: American Crime Story” in 2016 as it was upset by “The Night Manager.”

In comedy, under the current voting system, no show has survived a vote-split to win directing. “Ted’s” situation is most akin to that of “Veep,” the comedy series champ from 2015-17. In 2015, it only had one directing nomination but lost to “Transparent.” It had three nominations each the following two years and lost again to “Transparent” in 2016 and then to “Atlanta,” the only solo nominee in a field that included double “Silicon Valley” bids, in 2017. Since 2018, comedy series and directing have matched, but all of those shows only had one directing nomination.

But if it’s not a “Ted” episode or “The Flight Attendant” that prevails, it could very well be “Hacks,” which is shortlisted for its pilot “There Is No Line,” helmed by Lucia Aniello. After over-performing with 15 nominations — six more than “The Flight Attendant’s” haul — “Hacks” is a solid No. 2 in series with an all-but-locked actress champ in Jean Smart and could ride that momentum to a win. In all three years of “Veep’s” directing losses, the award went to the show that was in second place in comedy series. Coincidence? We think not.