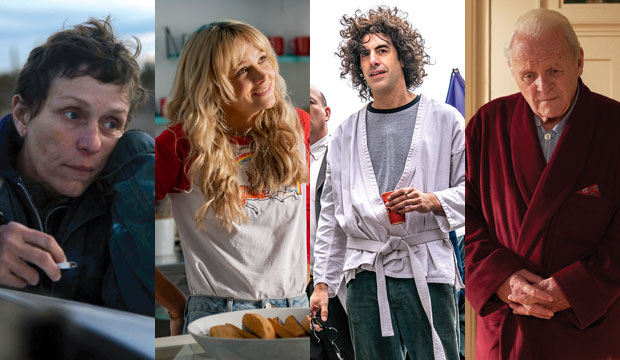 Winning awards from industry groups like the Producers Guild, Directors Guild and Screen Actors Guild is always good news for those trying to win Oscars, but lately there’s one major exception: Best Picture at the BAFTA Awards. The British academy hasn’t agreed with the American motion picture academy for seven years, which could be bad news for whoever wins it this year.

The last time the two awards matched up was when both groups agreed on Steve McQueen‘s “12 Years a Slave” (2013). But then they kept diverging in often surprising ways:

“Boyhood” was sitting pretty in 2014, winning at the Golden Globe and Critics Choice Awards. Then Birdman” made a comeback by sweeping the SAG, DGA and PGA Awards. But “Boyhood” struck back by winning BAFTA, showing that it was still a major contender for Oscar. However, the Oscars agreed with the American guilds and picked “Birdman.”

The race for Best Picture of 2015 was divided all season. “The Big Short” won PGA, while “Spotlight” won Critics Choice and the top SAG Award for best ensemble. But “The Revenant” won Golden Globe, DGA and BAFTA Awards, so that seemed like the likeliest Oscar front-runner. Not so — “Spotlight” won the Oscar in an upset.

2016 was the opposite of divided. Every major awards group under the sun chose “La La Land,” from the Golden Globes and Critics Choice Awards to the PGA, DGA and BAFTA Awards. The film wasn’t nominated for the top ensemble prize at SAG, which went to “Hidden Figures.” But in a moment that will live in awards show infamy, “Moonlight” won the Oscar … after “La La Land” had mistakenly been announced as the winner.

So we were learning to expect the unexpected by 2017, and it was another divided year. “The Shape of Water” won at the Critics Choice, DGA and PGA Awards, while “Three Billboards Outside Ebbing, Missouri” claimed the Golden Globe, SAG Award, and BAFTA Award. “Shape of Water” was the ultimate Oscar winner.

There were some more confounding awards splits in 2018. “Green Book” was favored by the Golden Globes and PGA, and “Black Panther” won the SAG Award. But “Roma” looked pretty darn strong since it also won a couple of Globes including Best Director (it wasn’t eligible for Best Film Drama since it was a foreign film), plus the top Critics Choice, DGA and BAFTA Awards. Still, the Oscar went to “Green Book.”

And in 2019, “Parasite” was jockeying for historic kudos as the first Best Picture winner not in the English language. Like “Roma,” it won the Golden Globe for Best Director and Best Foreign Film. It also won the SAG Award for its ensemble cast. However, “Once Upon a Time in Hollywood” was also a big Globe winner, claiming Best Film Comedy/Musical, and it was also the champ at Critics Choice. And the war film “1917” was ascendant, winning the Golden Globe for Best Film Drama, then prizes from the PGA, DGA and BAFTA Awards. It seemed like “1917” had enough industry support to take the Oscar, but “Parasite” prevailed.

So what does that mean for this year’s awards? “Nomadland” is the current Oscar front-runner and the BAFTAs front-runner, according to the combined predictions of Gold Derby users as of this writing. For Best Picture it’s ahead of fellow Oscar nominees “Promising Young Woman,” “The Trial of the Chicago 7” and “The Father,” while Oscar-snubbed “The Mauritanian” rounds out the British academy’s top five. But if “Nomadland” does win at the BAFTAs, does that mean the two academies will finally agree again, or will it be the film’s downfall en route to the Oscars?