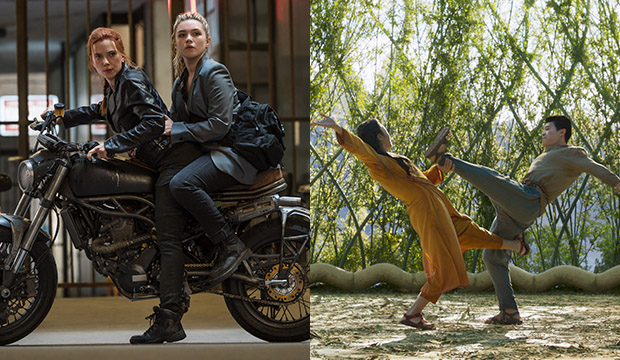 Without the hard work of fearless stunt teams, filmmaking likely would not be what it is today. The Screen Actors Guild Awards finally started recognizing the talented men and women who put their bodies on the line for the sake of art during the 14th ceremony, which honored the best of 2007. Since then, the awards in the film category have been spread across war movies (“Unbroken”), high-octane action flicks (“Mad Max: Fury Road”), sci-fi dramas (“Star Trek”) and popular superhero films (“The Dark Knight”). In fact, the last four winners in the category were all superhero films. So, one has to wonder: Will this year make it five in a row?

The previous four film stunt ensemble winners were “Wonder Woman” (2017), “Black Panther” (2018), “Avengers: Endgame” (2019) and “Wonder Woman 1984” (2020). The last film to win the SAG Award for stunt ensemble and not be a superhero movie was 2016’s “Hacksaw Ridge.” Notably, it beat out both “Captain America: Civil War” and “Doctor Strange,” proving that although superhero films play well with a populist voting body like SAG-AFTRA (at least when it comes to stunts), they don’t necessarily always come out on top.

This year, there are two superhero films nominated, both produced by Marvel Studios: Scarlett Johansson‘s long-awaited solo film “Black Widow,” and the martial arts-heavy “Shang-Chi and the Legend of the Ten Rings” (Chloé Zhao’s mixed received “Eternals” and the capstone to Tom Holland’s popular Spider-Man trilogy, “Spider-Man: No Way Home,” didn’t make the cut). They’re up against Daniel Craig’s final James Bond movie, “No Time to Die,” the epic sci-fi film “Dune” and the fourth entry into the “Matrix” franchise, known as “The Matrix Resurrections.”

Despite the recent success and domination of costumed crusaders, it is actually “No Time to Die” that currently leads Gold Derby’s combined odds in the category. The movie has six Experts predicting it to take home the SAG Award come Feb. 27. Meanwhile, “Dune” sits in second place at 37/10 odds, followed by “Shang-Chi and the Legend of the Ten Rings” in third (4/1 odds), “Black Widow” in fourth (9/2 odds) and “The Matrix Resurrections” in fifth (9/2 odds).

But we likely cannot rule out “Shang-Chi.” Its balletic martial arts sequences are impressive and bring something new to the increasingly familiar superhero genre, which, if it’s not abundantly clear by now, is a definite crowd-pleaser. This could help it with voters. However, it should also be noted that the last James Bond film to be nominated for stunt ensemble at the Screen Actors Guild Awards — 2012’s “Skyfall” — eventually went home a winner. The fact that this is Craig’s final movie before he hands over the reins to 007 could also give the film a sentimental boost come voting time. So while history seems to be on the side of Marvel and DC, this year’s stunt ensemble race is tighter than it’s been in years.