Andrew Garfield is the star of the moment. He’s certainly adored by audiences and critics while having received several nominations throughout his (still) young career. Already nominated for the upcoming 79th edition of the Golden Globes with Tick, Tick… Boom!, it is highly likely he will also be up for an Academy Award.

2021 was quite a year for Andrew Garfield. He premiered Netflix’s Tick, Tick… Boom! in November while also performing in The Eyes of Tammy Faye and, of course, Spider-Man: No Way Home. He has worked with many distinguished directors, from Martin Scorsese to David Fincher. With Tick, Tick… Boom!, he delivers a remarkable and unforgettable performance. If he wins an Oscar, it will be more than deserved.

Garfield has been a high-class actor since the beginning of his career. His first feature, Boy A, also granted him his first BAFTA win. He was immediately cast by Robert Redford in the director’s Lions for Lambs. The young actor shared the screen with major stars Meryl Streep, Tom Cruise and Redford himself, who also starred in the film. It was a small part, but one that caught the attention of the right people. His big breakthrough role, however, was Eduardo Saverin in David Fincher’s The Social Network.

The Social Network became a cultural phenomenon of modern filmmaking and a proof for Garfield’s acting skills. A supporting spot to Jesse Eisenberg’s Mark Zuckerberg, Garfield’s presence on screen is contagious and his portrayal of Eduardo, Zuckerberg’s friend turned nemesis, matches Eisenberg’s to create a perfect balance. Curiously, his performance was ignored by the Academy that year. A nomination for Best Actor only arrived with his brilliant performance in Mel Gibson’s Hacksaw Ridge.

But, of course, his most famous role is Peter Parker/Spider-Man in Sony’s The Amazing Spider-Man duology. Garfield brought a fresh new look to the character after Tobey Maguire’s trilogy and a unique interpretation that still stands out — particularly after watching No Way Home, in which all three live-action cinematic Spider-Men share the screen. Garfield easily steals every scene he’s in. His nuances present a unique take that many fans consider to be truer to the character and the best of the three actors. At the same time, this in no way diminishes Maguire and Tom Holland’s performances, both of whom received high praise for their takes.

If anything, No Way Home reminded everyone of how much they missed Garfield in that role and how much audiences craved more. Immediately, there were rumors of a possible third Amazing Spider-Man. In No Way Home, Garfield’s scenes are some of the most memorable: from when he first jumps through the portal and meets Ned and MJ (and is attacked by several flying pieces of bread) to when he saves MJ from freefall in the third act. This last scene is a form of closure for him, after failing to save Gwen Stacy in his own universe. His expression is such a mix of feelings and emotional depth that it is easily one of the best moments of the movie.

In Tick Tick… Boom!, Garfield finally gets to show his versatility in an overall outstanding performance that captures the essence of Jonathan Larson. His energy on screen is captivating, whether he is frenetic and obsessive or sensitive and adorable. It is, by far, his best work yet, not to mention one of 2021’s most memorable. Not only does he deliver quality drama, but he also sings, dances and plays piano live for the camera. Audiences don’t need to be musical fans to enjoy Tick, Tick… Boom!, mostly because Garfield’s captivating presence fills the screen.

It’s impossible to be indifferent to any of Andrew Garfield’s performances: from the profound and detailed Silence to the mainstream The Amazing Spider-Man. In 2021, he especially shined in No Way Home and Tick, Tick… Boom!, and to celebrate his talent, it is time to throw the actor that ultimate recognition and give him the Academy Award. 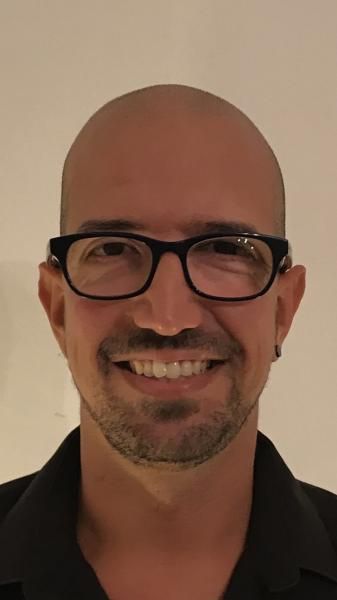 Portuguese versatile filmmaker and creative with international experience with short-films, documentaries, video and writing. With an MA in Directing at MetFilm School London, his passion for film is enhanced by writing and researching about big quality film productions.