Released back in 1965, the American musical drama The Sound of Music is a film that has been loved by many for a very long time. This is the reason why many keep wanting to know about this old yet great musical film. In this article, we will be looking at where was The Sound Of Music filmed. The film was an adaptation of the 1959 stage musical of the same name, composed by Richard Rodgers from the lyrics of Oscar Hammerstein II, which was based on the 1949 memoir written by Maria von Trapp, The Story of the Trapp Family Singers. Written by Ernest Lehman, The Sound Of Music director Robert wise tells the story of a young Austrian postulant.

When released on March 2, 1965, in the United States, the movie initially got a critical response but became a major commercial success. The Sound Of Music songs was also hit among the people where many could be seen sung around. The Sound Of Music became the box office number one for the next four weeks in America alone, and also the highest-grossing film of 1965 and even became the highest-grossing film of all-time and continued in the position for the next five years. The Sound Of Music box office topped at $286 million. Along with being well-received by the box office, the movie was also rich with awards and nominations. It received five Academy Awards, including the award for Best Picture and Best Director. 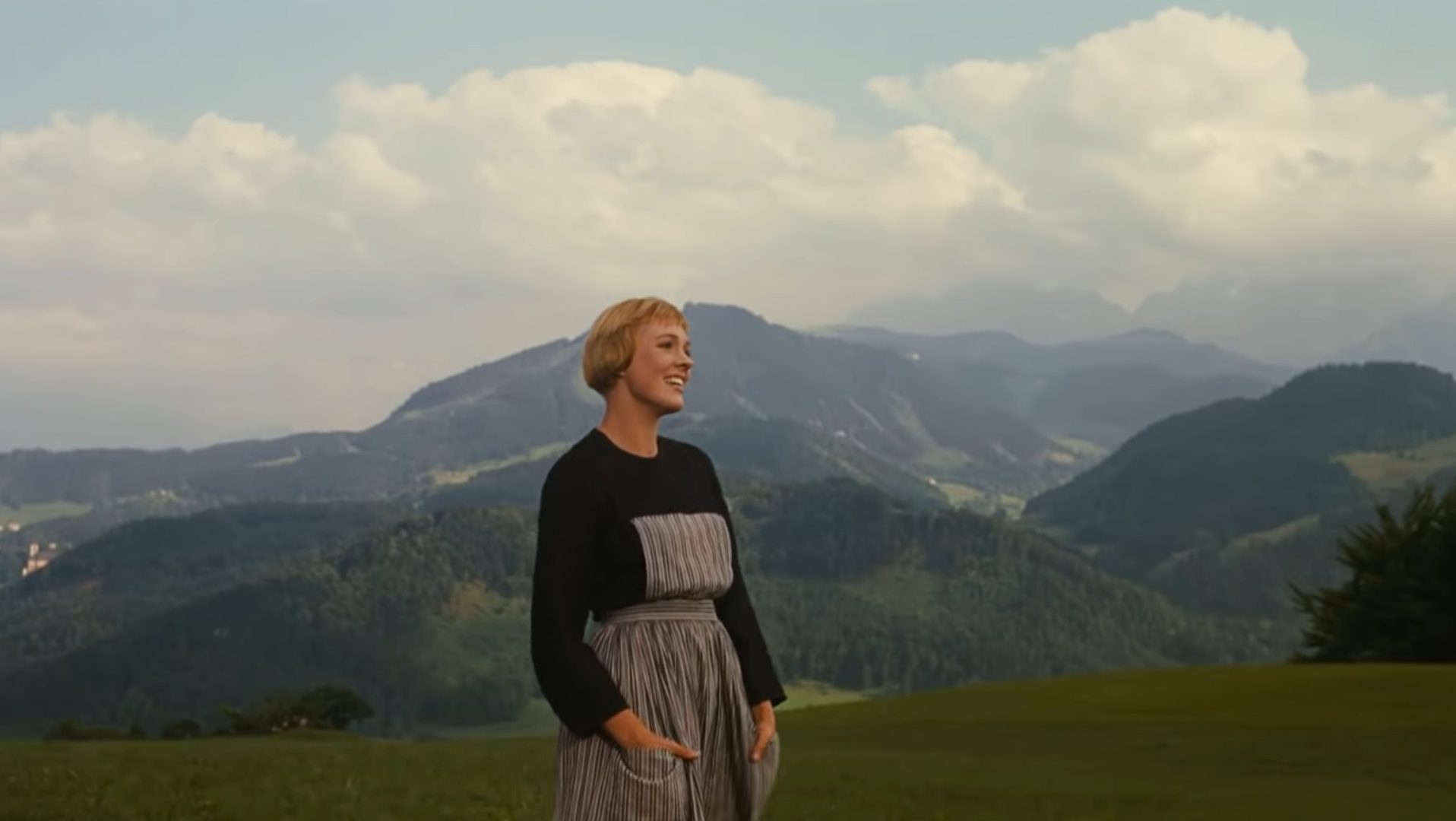 The Sound Of Music tells the story of a young Austrian postulant.

The Sound Of Music also won Two Golden Globe Awards for Best Motion Picture and Best Actress, The Writers Guild of America Award for Best Written American Musical, and the Directors Guild of America Award for Outstanding Directorial Achievement. In 1998, the American Film Institute listed the movie as the fifty-fifth greatest American movie of all time. Not only that but it was also selected as the fourth greatest movie musical. The movie was also taken for preservation by the United States Library of Congress in 2001 in the National Film Registry. At the time of the announcement, they called the movie as culturally, historically, or aesthetically significant.

The Sound Of Music Summary

The movie’s story begins with Maria, who is a free-spirited young woman studying to become a nun at Nonnberg Abbey. Since she was in the Abby, her enthusiasm and lack of discipline were not appreciated by the members in the Abby. Thus the Mother Abbess sends her to the villa of retired naval officer Captain Georg von Trapp, where she would be the governess to his seven children.

The Captain’s children Liesl, Friedrich, Louisa, Kurt, Brigitta, Marta, and Gretl, were raised with strict military discipline since his wife was not alive. Since the kids had bad times after the death of their mother. Even though Maria had issues with the children to get them along, she was finally able to make the children trust and respect her, thanks to MAria’s kindness and patience.

The movie’s lead character Maria lives in an Abby, but her enthusiasm and lack of discipline were not appreciated by the members of the Abby.

When Captain was away in Vienna, Maria was able to be more closer to the children and then took them around Salzburg and the surrounding mountains, where she taught them how to sing. When the Captain returns with Baroness Elsa Schraeder, a wealthy socialite, and their mutual friend, Max Detweiler, both were greeted by Maria and the children after returning from a boat ride.

After everyone’s compliance, the Captain agrees to it, but at the condition of organizing the party at the villa. On the night of the part, Maria was teaching Kurt the traditional Ländler folk dance, to which the Captain steps in and partners Maria for a great performance.

Maria was sent to the villa of retired naval officer Captain Georg von Trapp, where she would be the governess to his seven children, whom were raised with strict military discipline by the captain.

Maria blushed and broke in between, as she was still confused about her feelings. Baroness noticed Captain’s attraction to Maria, to which she becomes jealous and convinces Maria to return to the abbey. When returned, Mother Abbess comes to know that Maria has stayed in seclusion to avoid her feelings for the Captain, to which the mother encourages her to return to the villa to look for her life.

Hearing the voice of the Mother Abbess, Maria returns to the villa, only to find out the Captain’s engagement to the Baroness, but agrees to stay until they find a replacement governess. Even though he was about to get engaged, The Captain still had feelings for Maria, and thus he broke off the engagement and married her.

While on their honeymoon, Uncle Max enters the children in the Salzburg Festival. Meanwhile, when the Third Reich annexed Austria in the Anschluss, the couple returned home. A telegram was waiting for the Captain to report to the German Naval base at Bremerhaven. He was tasked to accept a commission in the German Navy.

But since he was a person who strongly opposed the Nazis and the Anschluss. So the Captain tells his family to leave Austria immediately, and they went to escape to Switzerland that night but were stopped by a group of Brownshirts waiting outside the villa. When asked by the Gauleiter Hans Zeller, the Captain replies that they were heading to the Salzburg Festival to perform. 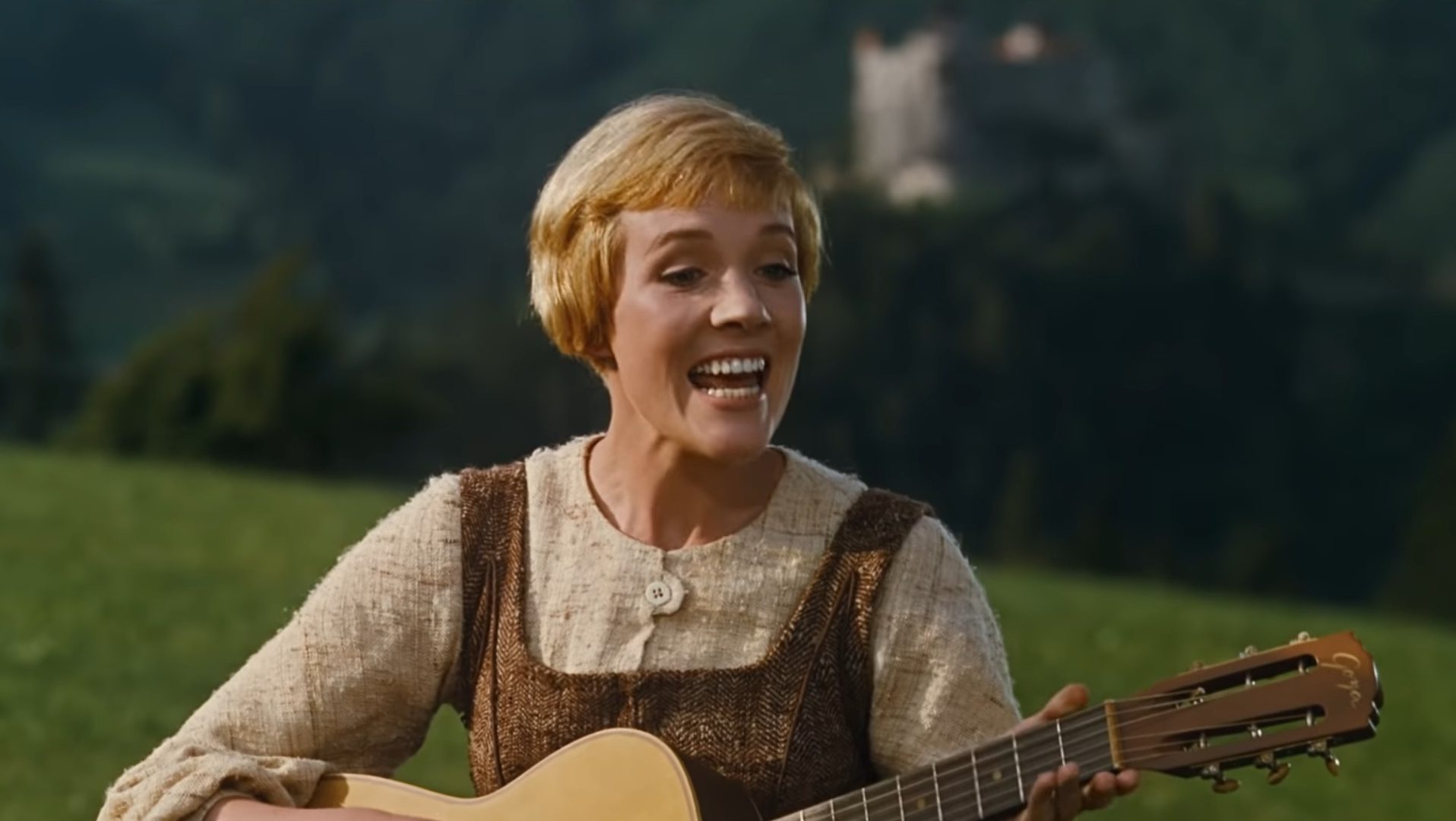 When Captain was away in Vienna, Maria was able to be more closer to the children and then took them around Salzburg and the surrounding mountains, where she taught them how to sing.

Zeller insists on escorting the Captain and his family to the festival, and then they will take the Captain to Bremerhaven. But that night, they were able to slip away and seek shelter at the nearby abbey, where the Mother Abbess hides them in the cemetery crypt. When the Brownshirts arrived and searched the abbey, they could not find the family since they had already escaped using the caretaker’s car.

When the soldiers attempt to follow them, they discover the nuns damaged their cars. We then see the family driving to the Swiss border, where the von Trapp family make their way into Switzerland to safety and freedom. Thus the movie comes to a bright and happy ending. Now let us look at all of the locations where this movie was filmed.

Where was The Sound Of Music Filmed?

The filming of The Sound Of Music began from March to September 1964 in Los Angeles and Salzburg. The principal photography of the movie began back on March 26, 1964, at the 20th Century Fox studios in Los Angeles. The scenes from Maria’s bedroom, villa dining room, ballroom, terrace, living room, gazebo, and the abbey cloister and the graveyard were filmed here.

The filming of The Sound Of Music began from March to September 1964 in Los Angeles and Salzburg.

The wedding scenes were filmed at the Mondsee Abbey in Salzburg. Other than that, the filming also took place at Felsenreitschule, Nonnberg Abbey, Mirabell Palace Gardens, Residence Fountain, and various other streets throughout the Altstadt area of the city.

The Sound of Music was also shot at St. Margarethen Chapel and Dürer Studios, filming Reverend Mother’s office. To shoot the lakeside terrace and gardens of the von Trapp villa, the crew selected the Schloss Leopoldskron and an adjacent property called Bertelsmann. 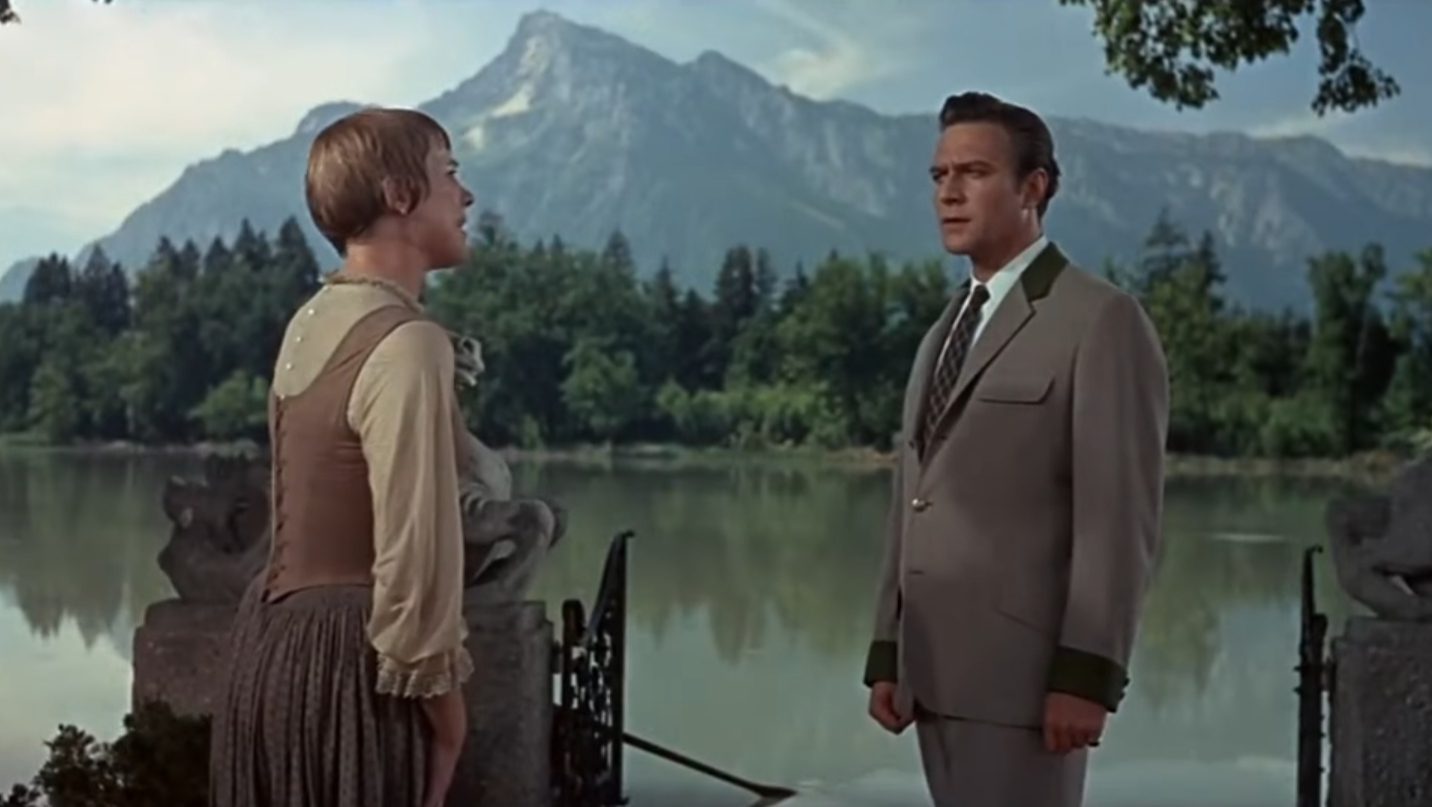 The Captain wasn’t pleased after seeing the children are not being disciplined as he wanted them to be, and then he ordered Maria to return to the abbey.

The front and back façades of the villa were shot at the Frohnburg Palace. The “Do-Re-Mi” picnic scene in the mountains was filmed above the town of Werfen, situated in the Salzach River valley. The opening sequence of Maria on her mountain was filmed at Mehlweg mountain situated at Marktschellenberg in Bavaria.

The final scene of the movie, where the von Trapp family escapes over the mountains, was filmed on the Obersalzberg in the Bavarian Alps, and thus the filming of the movie was completed with a total of eighty-three scenes over five months, thus ending the filming on September 1964.

The Sound Of Music Cast 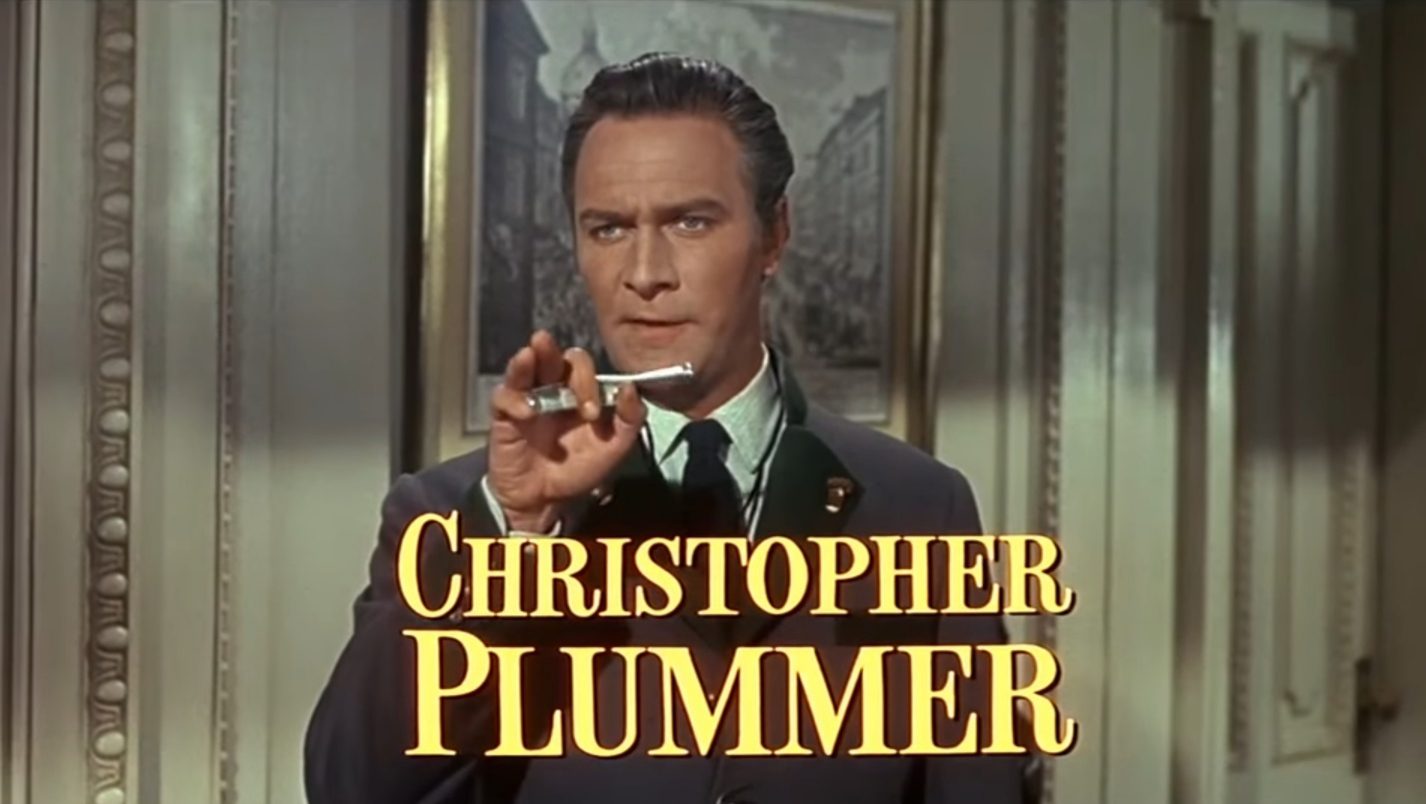 Peggy Wood as the Mother Abbess, who sent Maria to the Captain, Eleanor Parker played the role of Baroness Elsa von Schraeder, Richard Haydn as Max Detweiler, the uncle who made the children’s to take part in the festival.

Also Read: Where Is Pirates Of The Caribbean Filmed? All Locations Revealed