Though a number of films, including The Rental, The Broken Hearts Gallery and Chemical Hearts, have premiered at drive-ins in the last few months, Unpregnant was the first to conduct interviews with press on-site. Press, who were COVID-19 tested in the days leading up to the event, interviewed talent in their cars upon entering the premiere, with both parties wearing masks and maintaining social distance.

Unpregnant, which stars Haley Lu Richardson and Barbie Ferreira as two former best friends embarking on a road trip from Missouri to New Mexico so that Richardson’s character, Veronica, can get an abortion at the nearest clinic, was “the right movie to test this thing out for,” Richardson says, with it’s car-centric story matching the setting.

“They went all out with this and just milked it for all it’s worth, which I appreciate because it makes it fun and like we’re actually celebrating something,” Richardson told THR. The premiere, held on the top level of The Americana at Brand’s parking garage in Glendale, was decorated to reflect scenes from the movie, including a “Welcome to New Mexico” sign, an old school gas station and neon cacti.

“This is actually really exciting because I haven’t been to a gathering of people in so long,” Ferreira said. “This being done in this way is both safe and exciting and kind of like ‘Oh my god, I get to take off my sweatpants!’ And wear real shoes, not flip flops.” The Euphoria star said that after months of being “very low maintenance in my everyday life,” she wanted to go all-out for the premiere: “I’m like a Looney Tune, it’s my first time going out so I’m going to wear a princess dress.” 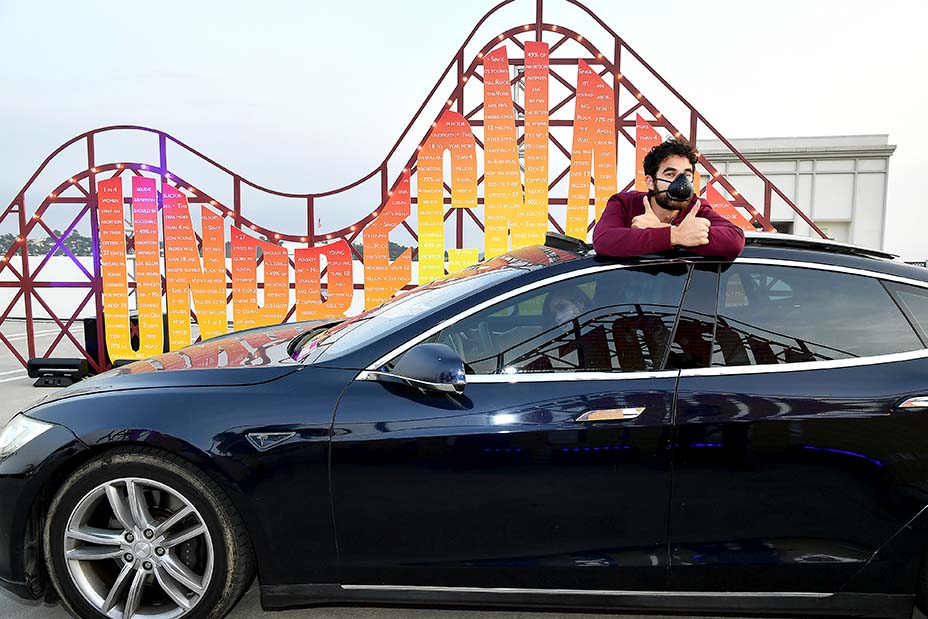 Red carpet fashion is a new game in the pandemic era; some in the cast kept it casual in T-shirts, jeans and sneakers while others, like the two leads, opted for more traditional premiere looks.

“My stylist was confused as well, he was like, ‘What do we do here?,’ Richardson said. “I was like ‘I don’t know, I haven’t worn clothes in a while so let’s wear something fun,’” before landing on a red pleather snakeskin suit (with matching mask) and heels.

Another new statement piece of the drive-in premiere: the cool car. Ferreira arrived in a vintage Pontiac, co-star Alex MacNicoll rented a Tesla and Richardson and fiancé Brett Dier rolled up in a vintage blue and white vintage Ford Mustang. “The cars definitely make it less sad,” she joked. Director Rachel Lee Goldenberg, who revealed her sneakers hidden under the dashboard, also arrived in a vintage convertible, saying, “This is essentially my outfit.”

In addition to its cast, which included Betty Who, Breckin Meyer and Denny Love, special guests Darren Criss and Ferreira’s Euphoria love interest Austin Abrams also made an appearance. Open arrival on the rooftop, talent took photos in their cars before driving to the press area for interviews from the driver’s seat. They were then given Wolfgang Puck food boxes of burgers and slushees (a nod to the film), sent to another station for T-shirts and wristbands, followed by an interactive, green-screened photo booth before parking in front of the two large drive-in screens. Richardson and Ferreira also took photos and did interviews outside of their cars, celebrating, as they posed, how they didn’t have to worry about what to do with their mouths under the masks and focusing instead on “smizing.” Richardson switched into a more lightweight mask to do interviews after wearing a thicker, blinged out one for photos.

Newness and oddity of the pandemic red carpet aside, Unpregnant is a film with a big message, Goldenberg said, about women’s health and the threat surrounding women’s right to choose in 2020.

“It’s about how it shouldn’t be as hard as it is for Veronica to get access to an abortion, so I hope that this starts a conversation and people are able to talk more openly about abortion in hopes that it’s less restricted and less stigmatized and more affordable and available to people who want it,” Goldenberg said. Added Ferreira of the film, “First off, I want people to get the right information about abortion and health care access. B, I want them to feel good and feel empowered in whatever conversation starts, and I just want them to love the friendship.”

The premiere was also put on in support of Planned Parenthood and Rock the Vote. Unpregnant is now streaming on HBO Max. 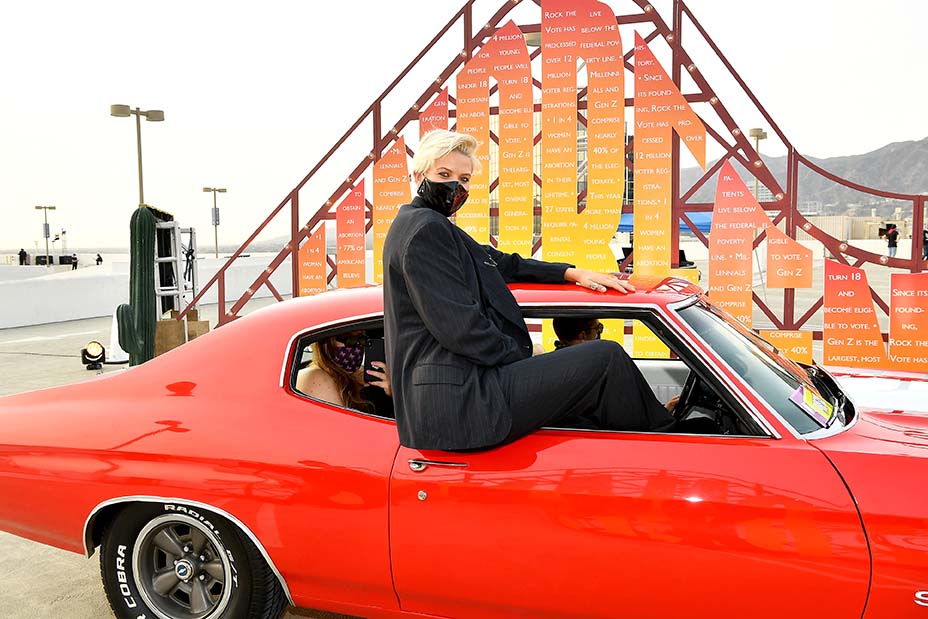