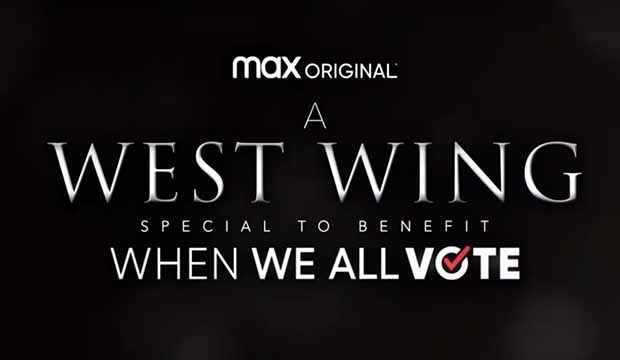 With recent weeks filled by political and election news, a completely different type of awards campaign decision has finally been made. In a Gold Derby exclusive, we have learned from HBO Max and WarnerMedia that the recent “The West Wing” special will not be competing at the 2021 Golden Globes or SAG Awards.

Officially titled “A West Wing Special for When We All Vote,” the October program was written by series creator Aaron Sorkin and directed by executive producer Thomas Schlamme. The reason for not entering the races with the HFPA and Screen Actors Guild is simple: neither of those groups has a specials category. Technically they could submit as a TV movie with SAG but it wasn’t eligible with the Globes as a TV movie. The program was a staged recreation of the third season episode “Hartsfield’s Landing” and not really a typical telefilm.

Some of the upcoming guild awards, such as the Producers Guild kudos, do have a specials category so the show will be submitted there and in a few other places that recognize specials. When the 2021 Emmy Awards ballots are released next summer, you can also look for the program to be listed as eligible for Variety Special (Pre-Recorded). Cast members Dule Hill, Allison Janney, Rob Lowe, Janel Moloney, Richard Schiff, Martin Sheen, Bradley Whitford and Sterling K. Brown (who took over the role of Leo from the late John Spencer) could enter at the Emmys for the movie/limited acting categories.

The original series about a fictional White House led by President Josiah Bartlet (Sheen) debuted on NBC in 1999 and lasted for seven seasons. In 2000, Emmy voters embraced the show in a big way with nine Emmys, including for Best Drama Series and for Janney and Schiff. It would go on to win 26 Emmy awards for its entire run, tying “Hill Street Blues” for the drama record until “Game of Thrones” later surpassed the total. The show also won two Golden Globes, six SAG awards, two DGAs, two WGAs and two Peabody Awards.