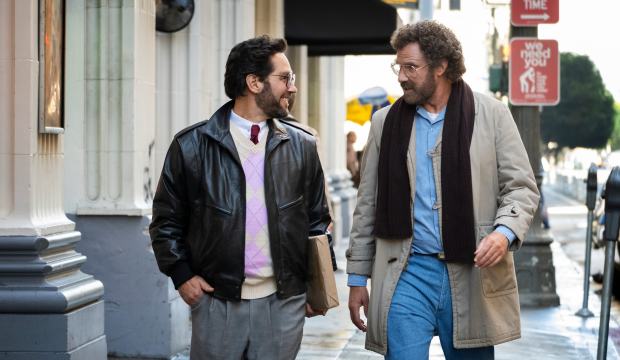 Will Ferrell and Paul Rudd have reunited for the new Apple TV+ series “The Shrink Next Door,” but fans of the comedy actors should not expect another “Anchorman” experience.

“It’s not a cartoon in any way,” Rudd told the New York Times about the new series this week. “As dark as the story can get — and people were really hurt — there is something so absurd that it’s funny. You can have humor and real drama, simultaneously.”

“There’d be days where we’d start with something lighthearted and then the second half of the day was Paul and I really getting into an intense, emotional scene. To shift in those ways was really challenging,” Ferrell said in the same interview.

Based on the Wondery and Bloomberg podcast of the same name, “The Shrink Next Door” tells the fact-based story about the relationship between psychiatrist Dr. Isaac “Ike” Herschkopf ( Rudd) and his long-term patient Martin “Marty” Markowitz (Ferrell), as it devolves into exploitation and obsession. Per Apple TV+, “Though Marty may be defenseless against Dr. Ike’s enticing offerings, his hard-headed sister Phyllis (Kathryn Hahn) is not, and his unsuspecting wife Bonnie (Casey Wilson) is also drawn into her husband’s unusual relationship with Marty.”

In addition to its all-star cast, “The Shrink Next Door” has an array of top talent behind the camera as well. Episodes were directed by Michael Showalter (“The Eyes of Tammy Faye”) and Jesse Peretz (television series such as “High Fidelity” and “GLOW”), and the script was written by Georgia Pritchett (“Succession”), an Emmy winner and Writers Guild of America award winner.

How to watch The Shrink Next Door?

New episodes of “The Shrink Next Door” debut on Fridays on Apple TV+. The first episode is available now.