Studio Theatre looks back at the politics and precariousness of 2020 through two intimate and immediate Studio in Your Ears audio plays available for free now on its website. 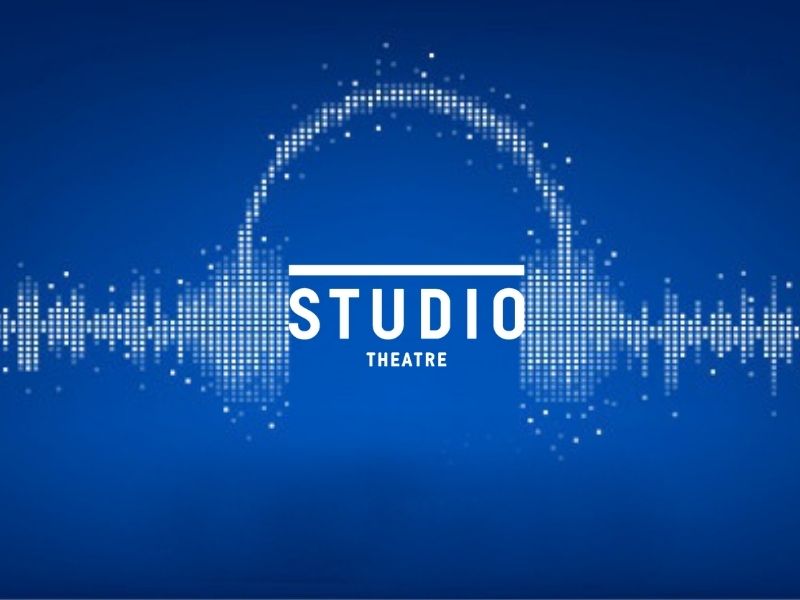 Studio’s first-ever audio play venture, an adaptation of the political drama Kings by Sarah Burgess and directed by Marti Lyons, follows a rookie congresswoman navigating the influence of money, power, and lobbying on Capitol Hill in an exposé of where power really resides in government. DC Metro Theater Arts praised the Studio stage version last year  as “entertaining and thought-provoking” and “stingingly accurate.”

In the Studio-commissioned world-premiere I Hate It Here: Stories from the End of the Old World—praised as “bold and smart” and “a seismic theatrical experience” by DC Metro Theater Arts—Playwright and Director Ike Holter distills the events of 2020 into a theatrical mixtape that visits 18 characters struggling, adapting, and surviving in a world on the brink of change. A series of capsule stories play like tracks on an album, moving from high school lockers to a protest, wedding, front stoop, and more, inviting listeners to peer into the lives of everyday people wrestling with change both personal and systemic.

About I Hate It Here:

An anthem for our time, I Hate it Here looks at the ways people do (and don’t) deal with a world on the brink of explosion. Commissioned by Studio to create an audio work, award-winning Chicago writer Ike Holter brings his sharp humor to the complexities of stepping into a new decade with the odds already stacked against your favor. With keen observation, Holter uses vignettes, monologues, and song to create capsule stories that capture the many ways it feels to live in a world wracked by change.

Newly elected congresswoman Sydney Millsap arrives in DC armed with her ideals and sense of duty, and refuses to play by the rules of special interests—or her own party. Kate’s a lobbyist who backs winners. The two collide in the audio adaptation of the lacerating comedy Studio first produced in winter 2018, just after the last midterms. With its snappy dialogue and shrewd look at where power really sits in government, it’s an audio play perfect for DC audiences.

Ike Holter (playwright and director) is a Chicago writer, and recipient of The Windham-Campbell Prize for playwriting. Ike’s plays include Hit The Wall, Exit Strategy, and Lottery Day, which have been seen all across the country. His audio play Put Your House in Order is available to stream at pyhio.com. He was a writer for the Emmy Award winning Fosse/Verdon on FX, and won the Writers Guild of America Award for Best Long Form Adaptation. Scripts are available to purchase through all booksellers, as well as ikeholter.com. Black Lives Matter.

Sarah Burgess (playwright) is currently the showrunner of the upcoming season of American Crime Story, about the impeachment of President Bill Clinton. Her pilot, Compliance, starring Courtney B. Vance and Mary Louise Parker and directed by Sam Gold, was produced in 2018 through FX and Scott Rudin Productions. In theater, Sarah’s play Dry Powder won the 2016 Laurents/Hatcher Foundation Award, was a finalist for the Susan Smith Blackburn Prize, and was nominated for an Olivier Award in London. Dry Powder premiered at The Public Theater in a production directed by Thomas Kail, starring Claire Danes, John Krasinski, Hank Azaria, and Sanjit De Silva. Other plays include Camdenside (Ground Floor selection; Berkeley Rep; Kilroys list 2015) and FAIL: Failures (ANT Fest). She has written for AMC’s Lodge 49, The Tenant (Woodshed Collective), and Naked Radio, Naked Angels’ podcast series. Burgess has been a writer-in-residence at SPACE on Ryder Farm and the Cape Cod Theatre Project.

Marti Lyons was most recently directing the world premiere of The Scarlet Letter by Kate Hamill at South Coast Rep, which, unfortunately, never had a chance to open. Marti previously directed Studio Theatre’s productions of The Wolves by Sarah DeLappe and Kings by Sarah Burgess. She most recently directed How to Defend Yourself by liliana padilla at Victory Gardens as part of a co-production with Actors Theatre of Louisville. Marti also directed Cambodian Rock Band by Lauren Yee (Victory Gardens, City Theatre Company in Pittsburgh, Merrimack Repertory Theatre); Witch by Jen Silverman (Geffen Playhouse in Los Angeles, Writers Theatre in Chicago); The Niceties by Eleanor Burgess (Writers Theatre); Native Gardens by Karen Zacarías (Victory Gardens); Botticelli in the Fire by Jordan Tannahill (Woolly Mammoth); Guess Who’s Coming to Dinner (Court Theatre); The Merry Wives of Windsor (Montana Shakespeare in the Parks); Short Shakes! Macbeth and Short Shakes! Romeo and Juliet (Chicago Shakespeare Theater); Wit (The Hypocrites); The City of Conversation by Anthony Giardina (Northlight Theatre). She directed Wondrous Strange by Meg Miroshnik, Martyna Majok, Jen Silverman, and Jiehae Park (2016 Humana Festival) and Title and Deed by Will Eno (Lookingglass Theatre Company). Other projects include Laura Marks’s Bethany, Marks’s Mine, and Will Nedved’s Body and Blood (The Gift Theatre); Catherine Treischmann’s Hot Georgia Sunday and Theresa Rebeck’s Seminar (Haven); Prowess by Ike Holter, The Peacock by Calamity West, and The Last Duck by Lucas Neff (Jackalope Theatre); The Play About My Dad by Boo Killebrew (Raven Theatre); Give It All Back by Calamity West, Mai Dang Lao by David Jacobi, 9 Circles by Bill Cain, Maria/Stuart by Jason Grote, and co-directed The Golden Dragon (Sideshow Theatre Company). Marti’s upcoming work includes Sense and Sensibility at American Players Theatre. Marti was the 2015 Maggio Directing Fellow at the Goodman Theatre. She is an ensemble member at The Gift Theatre, an Artistic Associate with Sideshow Theatre Company, and a proud member of Stage Directors and Choreographers Society. www.martilyons.com

Studio Theatre is Washington’s premier venue for contemporary theater, “where local audiences will find today’s edgiest playwrights” (Variety). One of the most respected midsized theaters in the country, Studio produces exceptional contemporary drama in deliberately intimate spaces. Drawing inspiration from great ensembles—where people work together with a spirit of generosity and professional rigor—Studio brings characteristic thoughtfulness and daring to its work onstage and off, through its new work incubator and engagement, education, and workforce training initiatives. Studio serves nearly 75,000 people each year, including more than 1,000 youth and young adults through community engagement initiatives. Founded in 1978, the quality of Studio’s work has been recognized by sustained community support, as well as 70 Helen Hayes Awards for excellence in professional theatre.