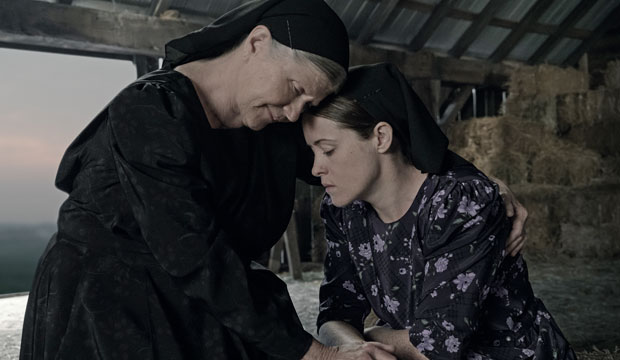 The Screen Actors Guild Awards love a big cast. They love a big cast that spends a lot of time together as a group. And quite often they love women talking. So “Women Talking” may be at a particular advantage to win the ensemble award. Can it follow in the footsteps of female-driven films like “The Help” and “Hidden Figures.”

SEE‘Women Talking’ women talk about taking down the patriarchy [WATCH]

With well over 100,000 voting members representing the SAG-AFTRA union of industry professionals ranging from actors to stunt performers to recording artists, the SAG Awards are the largest major awards body of the season, and they love films with large credited casts where the ensemble nature of the story is crucial to the effect; winners like “Gosford Park,” “Crash,” “Inglourious Basterds,” and “Spotlight” are such ensemble pieces it’s hard to single out any of their actors as leads.

In cases where smaller casts win (like “Sideways,” “Little Miss Sunshine,” and reigning champ “CODA”), it’s usually because those casts spend so much time interacting as a unit. And these voters have proved more welcoming to female-driven stories than other industry peer groups (not just “The Help” and “Hidden Figures,” but also TV winners like “Downton Abbey” and “Orange is the New Black”).

“Women Talking” checks all of those boxes. It tells the story of a Mennonite community where the women are subjected to repeated sexual abuse by the men of their colony. They must decide what action to take in response, and that responsibility falls to a group of women (including Rooney Mara, Jessie Buckley, and Claire Foy) who spend much of the film … well, talking with each other. It’s exactly the kind of film the guild would go for.

As of this writing “Women Talking” ranks second in our Experts’ predictions for best ensemble cast with Tim Gray (Variety) betting on it to prevail. It trails only “The Fabelmans” (a family story like “Little Miss Sunshine” and “CODA”) in the Experts’ overall forecasts. Make or update your own SAG Awards predictions here in our predictions center, and see the predictions of all Gold Derby users here.