Within the film industry, the Screen Actors Guild (SAG) Awards are held in extremely high regard, with stars rubbing shoulders while their talent is showcased on one of the most important Hollywood platforms. Everyone who’s anyone makes sure they’re there.

But, for outsiders, the event is perhaps thought of as a less-prominent moment during the glamorous awards ceremony season each spring; from the Emmys to the Oscars, from the Berlinale to Cannes, there are too many other events that take more center stage. However, the SAG Awards are an early indicator for the outcome of the Academy Awards, with industry experts paying close attention to the goings-on. Who are the front-runners? What were the surprise revelations of the evening? 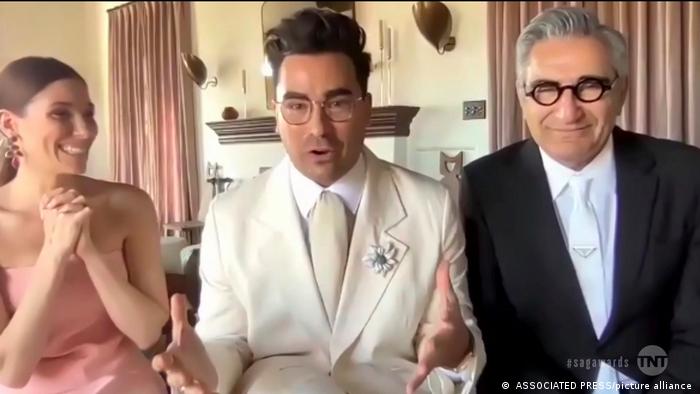 Unfortunately, this year’s awards ceremony had to be held digitally because of the pandemic restrictions. But the actors and other film professionals who were honored during the 27th annual SAG Awards ceremony were just as grateful and gracious in their acceptance speeches as they would have if they had been able to get together in the same room.

It was one night where everyone had to be in front of a camera but no one was required to act.

Big winner of the night

The equivalent of the best picture category at the Oscars is the SAG Awards’ “Outstanding Performance by a Cast in a Motion Picture” prize. That long title is the biggest highlight of the evening. In 2021, there were five films nominated, including Da 5 Bloods by director Spike Lee and Nomadland by Chloe Zhao. 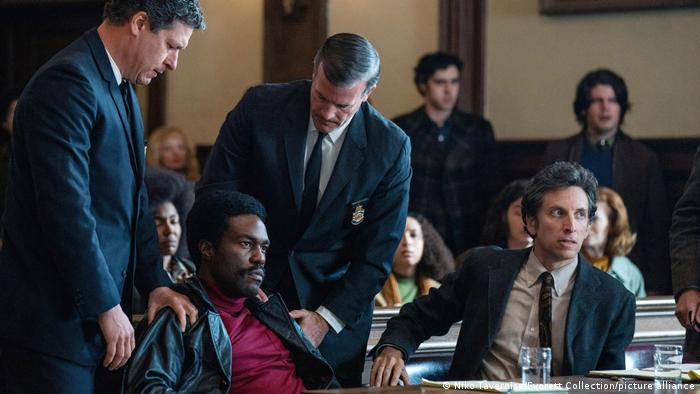 The Trial of the Chicago 7 won the coveted award. Featuring Sacha Baron Cohen in a leading role, the movie recounts the real-life trial of a group of anti-Vietnam War protesters charged with conspiracy and the intent to incite riots. The story looks at the consequences of demonstrations that took place in Chicago in 1968, after which seven protesters were unjustly charged as ringleaders.

What made the award extra special was the fact that The Trial of Chigaco 7 was the first Netflix production to win the top SAG Award.

Viola Davis took home the award for best female actress for her outstanding portrayal of singer Gertrude “Ma” Rainey in Ma Rainey’s Black Bottom. Davis thanked screenwriter August Wilson in her acceptance speech, saying he gave actors of color “a legacy to relish in for the rest of their lives.”

The award for best male actor went to the late Chadwick Boseman, who died in August at the age of 43. Boseman, who had been catapulted to global fame in the 2018 comic book adaptation Black Panther, was awarded posthumously for his role in Ma Rainey’s Black Bottom.

The recognition of Boseman’s performance was an emotional moment during the event.

As opposed to the Oscars, which only give out awards for cinema, the SAG Awards also recognize accomplishments in series and other formats, with streaming platforms such as Netflix playing an increasingly prominent role.

Anya Taylor-Joy was awarded the prize for female actor in a TV movie or miniseries for her portrayal of the fictitious chess prodigy Beth Harmon in the extremely successful Netflix series The Queen’s Gambit. She earned a Golden Globe Award and a Critics’ Choice Television Award for the same role earlier this year. 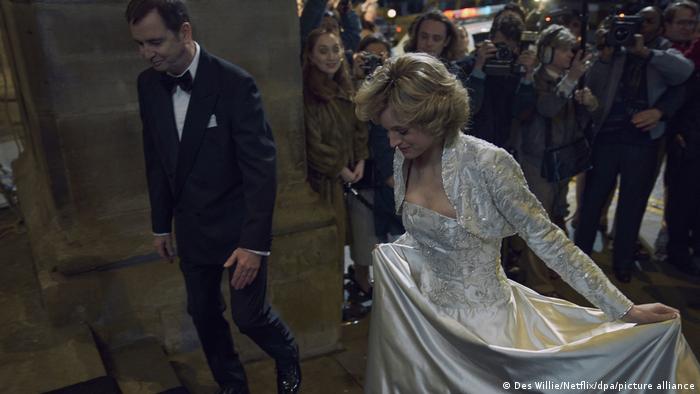 Netflix’s The Crown, which now is in its fourth season, was one of the biggest favorites of the night, winning the awards for performance by a cast in a drama series and by a female actor in a drama series for Gillian Anderson’s depiction of former British Prime Minister Lady Margaret Thatcher.

Schitt’s Creek took home the awards for performance by a cast in a comedy series and female actor in a comedy series for Catherine O’Hara’s portrayal of Moira Rose. O’Hara thanked the father-and-son producer team of Eugene and Dan Levy for their emotional support throughout the sixth season of the show.

The Canadian comedy series has been running since 2015 and has already picked up numerous awards in recent years. With a SAG Award now under its belt, the series has picked a high point to officially finish — although with such success you never know if and when there might be a return of the Rose family.