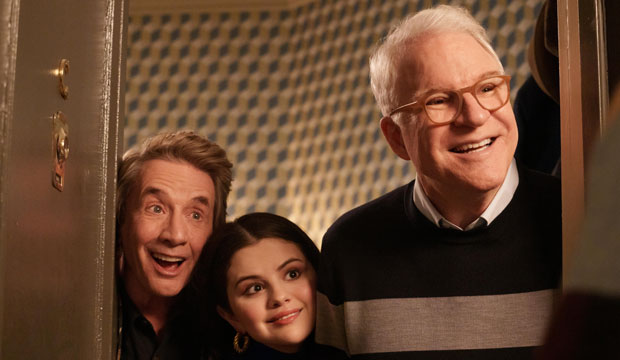 With reigning Screen Actors Guild Awards champion “Ted Lasso” benched this cycle, the battle for the top comedy prize is absolutely no laughing matter. Right in the middle of the pack of a mix of new, buzzy series and returning favorites sits Hulu’s deviously funny ensemble comedy “Only Murders in the Building,” which returned from its freshman outing with a strong sophomore run. Will the star power of its cast help it bury its competition and win its first prize?

As of this writing, Gold Derby’s users expect “Only Murders” to reap three nominations at the 2023 SAG Awards, in Comedy Ensemble and two in Comedy Actor for Steve Martin and Martin Short. That would match the number of bids it earned for its first season, for which the series went home empty-handed. But this time around, this spoof of true-crime podcasts has some wind in its sails after winning three Emmy Awards earlier this fall, taking home trophies for Production Design, Sound Mixing, and, crucially, an acting trophy for guest Nathan Lane. The support from actors there might be a good bellwether for its prospects amongst the actors guild.

The trouble with reading this quasi-precursor is that a number of its top competitors also won acting prizes at the Emmys, which demonstrates just how well-liked so many of these comedies are. According to our current combined odds, “Abbott Elementary” leads the race overwhelmingly, with expected nominations in ensemble plus four individual actors (Quinta Brunson, Janelle James, Sheryl Lee Ralph, and Tyler James Williams, all of who were Emmy nominated). Ralph’s Emmy win was a highlight, and the fact that the series is airing now throughout the winter awards season bodes well for it.

But then there’s “Hacks,” too, which won a SAG last year for Jean Smart, who also picked up her second consecutive trophy at the Emmys. The voters with that awards body also awarded Laurie Metcalf this year, a signal that the actors branch that overlaps with SAG really, really likes the performers on this series. Our users think “Hacks” will nab three nominations, for ensemble, Smart, and her Emmy-nominated costar Hannah Einbinder. The other likely ensemble nominees include five-time SAG nominee “Barry” and blazing-hot newcomer “The Bear.”

When “Only Murders” nabs its anticipated ensemble bid, the individuals likely to be nominated this time around may include not only series stars Martin, Short, and Selena Gomez, but also Ryan Broussard, Cara Delevigne, Jayne Houdyshell, Teddy Coluca, Michael Cyril Creighton, and Adina Verson (eligibility is determined based on the number of episodes in a season in which a performer appears). The star wattage of the show’s core trio didn’t beat “Ted Lasso” last year, but without AFC Richmond to contend with, these amateur sleuths just might snuff out their competition this time around.