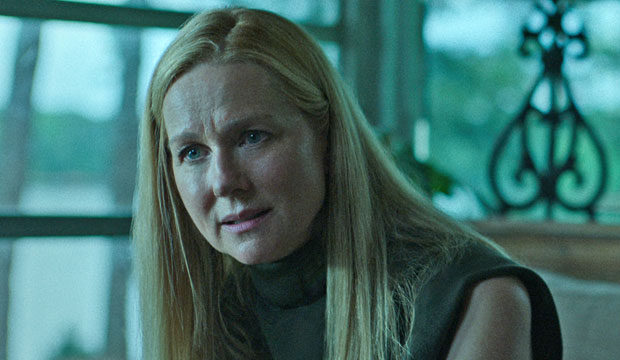 After reaping Best TV Drama Actress nominations for each of “Ozark’s” first three seasons but failing to parlay any into gold, Laura Linney has one last chance to reign victorious for the Netflix show at the Screen Actors Guild Awards. Should she triumph for its fourth and final installment in February, she would be just the fourth person to take home their maiden solo victory for their show’s final season, after Catherine O’Hara (“Schitt’s Creek”), Peter Dinklage (“Game of Thrones”) and Phoebe Waller-Bridge (“Fleabag”).

While O’Hara and Waller-Bridge had to wait until their last seasons to be rewarded — both in the Best TV Comedy Actress category — their cases are different from Linney’s. O’Hara had been nominated only once before for “Schitt’s Creek” when she finally took home her inaugural statuette for the Canadian sitcom, for its sixth installment, in 2021. Waller-Bridge, meanwhile, prevailed on her very first bid for “Fleabag” — a two-season show — in 2020. What likely helped push both actors cross the finish line in their respective years is that each not only had a ton of wind in their sails from just nabbing the Emmy for their role but had also never won a SAG Award in their career.

Dinklage was in a similar position as O’Hara and Waller-Bridge when he came away triumphant for the final season of “Thrones” in 2020. On his sixth nomination for the HBO behemoth at the time, he had already been acknowledged by the Emmys — four times — for his turn as Tyrion Lannister on the show and had never received solo recognition from his peers in SAG-AFTRA. Also nominated for his lone performance in “The Station Agent” (2003), he was on his seventh individual bid overall and had only won a prize as a member of the “Three Billboards Outside Ebbing, Missouri” (2017) ensemble.

While Linney’s case is more akin to Dinklage’s in the sense that she has already been shortlisted multiple times for “Ozark” at SAG, she is neither due for her first overall win at the guild — she is a former champ for the limited series “John Adams” (2010) — nor an Emmy victor for her show, despite earning three Best Drama Actress citations for playing Wendy Byrde.

But these differences don’t necessarily spell bad news for her. The SAG Awards, aka the same group that handed Alec Baldwin seven back-to-back Best TV Comedy Actor trophies for “30 Rock,” have never had a problem with throwing awards at actors over and over again. And even though Linney is an erstwhile winner, she has converted just one of nine total noms into victories and can still very much cash in her IOU for “Ozark” specifically. The lack of Emmy love she received for the series might only bolster the latter narrative, especially if her competition ends up looking like what our odds are currently forecasting.

As of this writing, Linney sits in third place in our Best TV Drama Actress SAG Awards odds, and is expected to make the final five alongside two women from “The Crown,” Imelda Staunton (first place) and Elizabeth Debicki (fourth), as well as “Euphoria” star Zendaya (second) and her “Ozark” co-star Julia Garner (fifth).

Although none of these four potential rivals have actually raked in individual SAG Awards for their respective shows, all have either already been acknowledged for them by other groups or have an opportunity to be honored for them by SAG-AFTRA in the future.

Despite having never even been nominated by the guild, Zendaya has already grabbed two Emmys for “Euphoria” — beating Linney both times — and will have many more shots at pocketing accolades for the dark HBO teen drama, which has been renewed for a third season. Similarly, both Debicki and Staunton, who joined “The Crown” in its recently released fifth season and will reprise their roles in the upcoming sixth and final installment, will have several additional chances to be recognized for their work on the historical drama. Though Garner won’t have such chances for “Ozark,” she, like Zendaya, has been showered with plenty of love from the TV Academy for her role, earning three Emmys for her fan-favorite turn as Ruth Langmore.

This means Linney would enter the race as the only person without major awards in her ledger for this role and any further possibility to add any into it. If voters are aware of this, it could give her a significant leg up over her competition and lead to her long-overdue first big piece of hardware for her tremendous work as Wendy on “Ozark.”