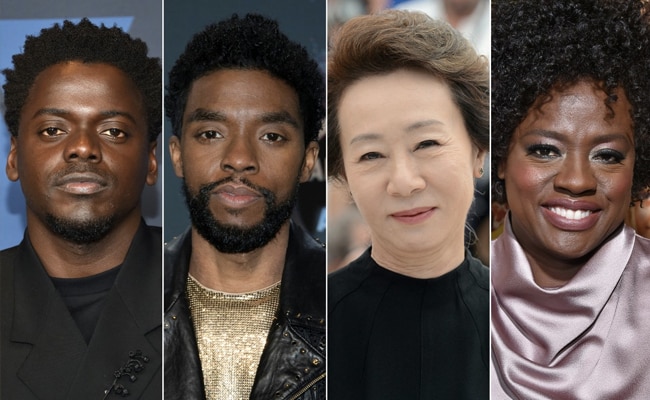 Actors of color are favorites in each category, and two female directors are nominated for the first time – this year’s Oscars could set new benchmarks for diversity, thanks to long-brewing industry changes as well as Covid-19’s transformation of Hollywood, experts say. The Academy of Motion Picture Arts and Sciences has drastically reformed its membership in recent years, admitting large batches of new Oscars voters each year who better reflect society’s diversity, after much criticism for its mainly white, male base.

“I think that this Oscars will be forever remembered as the one where changes in the voting body made six years ago in the wake of #OscarsSoWhite has delivered on a promise by the Academy to reform itself,” Black US actor Dwayne Barnes (Menace II Society) wrote in a column for industry site Deadline.

While it is difficult to draw a direct line from those changes to this year’s nominations, the current Oscars race is startlingly different from those seen in previous years. Last year, Cynthia Erivo was the sole non-white actor among 20 nominations, but this time the late Chadwick Boseman (Ma Rainey’s Black Bottom), Black British actor Daniel Kaluuya (Judas And The Black Messiah) and South Korean star Youn Yuh-Jung (Minari) are the firm frontrunners for acting statuettes.

Chadwick Boseman’s co-star Viola Davis is among a crowded pack vying for best actress, while Beijing-born Chloe Zhao (Nomadland) looks like a shoo-in for best director if she can fend off Emerald Fennell (Promising Young Woman).

The #OscarsSoWhite campaign was launched in January 2015 on social media to denounce and draw attention to the overwhelming majority of white nominees rewarded year after year by the Academy. At the time, the Academy’s 6,000 members were 93 percent white and 76 percent male. By this summer, the prestigious group had reached a goal of doubling the number of women and non-white members, reaching one-third female and 19 percent “underrepresented minorities. “It took a few years to take hold, but there is every reason to hope that the change (in the crop of nominees) is… not a one-time occurrence,” wrote Barnes.

As well as #OscarsSoWhite, the #MeToo movement spurred by the sexual assault revelations about disgraced Hollywood mogul Harvey Weinstein has prompted calls for more female representation across all film professions. The impacts of those campaigns have gathered steam over recent years, but in 2020 collided with a dramatic and unpredictable change – Covid-19.

The coronavirus pandemic has closed movie theaters and delayed Oscar-tipped mega-productions, such as Steven Spielberg’s West Side Story and sci-fi blockbuster Dune, both directed by white men. “They really shook the tree, and this year for the first time, because Covid knocked out a lot of the big movies… That left sort of a bare field,” said Sasha Stone, founder of the Awards Daily site, which has analyzed film awards since 1999.

The “pared down selection” of films in contention “happened to be movies by filmmakers of color and women,” she said, noting that “nobody had to worry about opening weekend” box office numbers for films lacking star wattage. “It turned into the perfect storm,” she told AFP. The meteoric rise of streaming platforms during pandemic lockdowns “is certainly a part of” the overall leap forward in representation, as television “has become much more diverse more quickly than film,” said Darnell Hunt, a professor of social sciences focusing on race, media and culture at University of California, Los Angeles.

“The streamers really took off in terms of their audiences – that certainly helped present to the Academy a much more diverse slate of films than they’re used to seeing,” added Hunt, who is lead author of UCLA’s annual Hollywood Diversity Report.

With California re-opening as vaccinations accelerate, Hollywood may return to a more familiar look next year, with a less diverse slate of nominees in coming years. But Hunt says he does not expect a full return to “business as usual… like it was before the pandemic.”

“The signs are pointing in the right direction,” he told AFP, noting that in addition to membership changes, the Academy is bringing in eligibility criteria for best picture candidates involving minimum representation of minorities, women, and LGBTQ cast and filmmakers. “I think all of those things collectively bode well,” Hunt said.

Of course, the question remains whether changes to the Oscars will have a profound impact on the way the broader movie industry itself operates. Stone warned that awards like the Oscars are increasingly “separate from box office anyway now, because they’ve become so niche,” and blockbusters will likely remain less diverse as a whole. “If male directors make more money, then they’ll keep getting hired for the superhero movies. And if white actors are drawing more money, they’ll keep getting hired for the superhero,” she said.

Oscar nominations can help films to make money and studios to burnish their image, but ultimately “it’s like how McDonald’s has the salad,” she said. “McDonald’s sells Big Macs all over the world, but they have this salad that makes them seem like they care about health. That’s what the Oscars are to Hollywood – the salad.”

(Except for the headline, this story has not been edited by NDTV staff and is published from a syndicated feed.)