Harrison Ford, Brad Pitt and Joaquin Phoenix are among the first wave of presenters confirmed for the Oscars.

The Academy Awards is set to take place on April 25 from two locations, Union Station in downtown Los Angeles and the usual venue of The Dolby Theatre in Hollywood, owing to the COVID-19 pandemic.

And on Monday night (12.04.21), The Academy of Motion Picture Arts and Sciences unveiled the A-listers set to present on the night.

While ‘Parasite’ director Bong Joon Ho has been confirmed to appear. 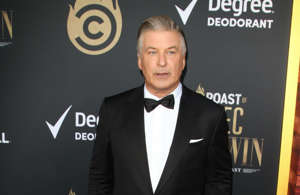 More presenters will be confirmed ahead of the awards show.

Producers Jesse Collins, Stacey Sher and Steven Soderbergh said in a statement: “In keeping with our awards-show-as-a-movie approach, we’ve assembled a truly stellar cast of stars.

“There’s so much wattage here, sunglasses may be required.”

The Academy had originally warned the nominees that appearing via video link was “not an option”.

However, they’ve since relaxed this requirement and will have a number of hubs, including in London and Paris, for those who are unable to travel to Los Angeles.

‘Mank’ leads the nominations with 10 nods.

The movie – which centres around Herman J. Mankiewicz and how he penned the screenplay for ‘Citizen Kane’ – has dominated the nominations.

The coveted nods include Best Picture, Best Director for David Fincher, Best Actor for Gary Oldman and Best Supporting Actress for Amanda Seyfried. The flick – which had a short cinema release before being made available on streaming service Netflix – also made a strong appearance in the design categories including Production Design, Makeup and Hairstyling and Costume Design as well as technical categories such as Cinematography, Sound and Score.

‘The Father’, ‘Judas and the Black Messiah’, ‘Minari, ‘Nomadland’, ‘Sound of Metal’ and ‘The Trial of the Chicago 7’, all received six nominations and ‘Promising Young Woman’ landed five nods.