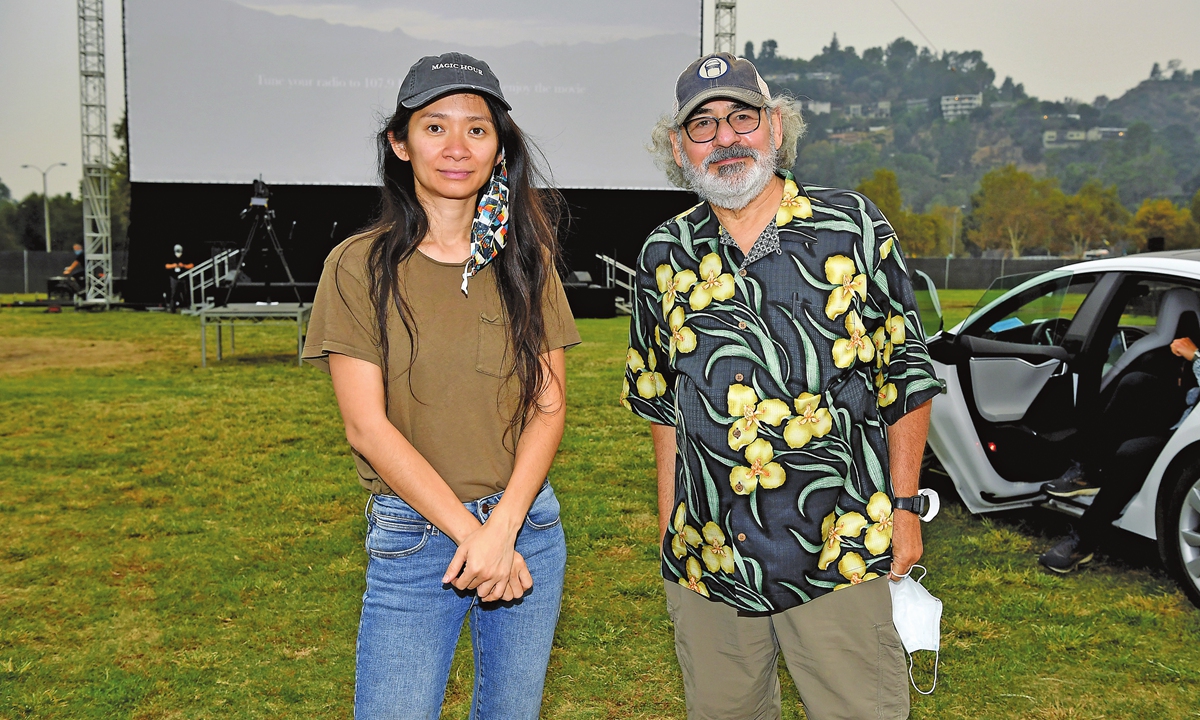 On Sunday, the film Nomadland directed by Chloe Zhao won the awards for best picture and best actress at the 93rd Academy Awards. Zhao also won best director for the film. This is good. When Zhao’s film won the Golden Globe Awards in February, the Chinese public cheered for her. Later, people learned of her previous interview in which she made inappropriate remarks on China. Opinions about her changed.

This is understandable. China and the US are now in a tense relationship. This is making the two societies sensitive as well. If a famous American lashes out at the US while in China, the American public would not feel happy either.

In other words, worsening bilateral ties are squeezing the room for cultural exchanges between peoples from the two countries. People who are trying to explore opportunities in this field will encounter troubles and disturbances unseen in the past. They will find it hard to please both sides.

If we just talk about Nomadland, we feel that the film is typically American and far from the real life of the Chinese people. To be honest, ordinary Chinese people can hardly commiserate with it. If the film is shown in China, its box-office returns are expected to be dim. Of course, winning the Oscar awards means it has touched American society. The interest in films from the Chinese and American public sometimes overlaps. Sometimes it differs. Nomadland reflects the second circumstance.

Zhao won the awards, which is a display of her success in the US. We hope she can become more and more mature. In an era when the China-US confrontation is intensifying, she can play a mediating role in the two societies and avoid being a friction point. She cannot escape her special label, and she should actively use it.

It is also the same with the Hollywood. The vast Chinese film market welcomes Hollywood movies. Hollywood should become a bond of Chinese and US societies. This does good to Hollywood, and also contributes to friendly ties between the two peoples.

Human efforts are the decisive factor. We should actively push forward cultural and people exchanges between China and the US.

In her speech after winning the awards, Zhao said she grew up in China and recited the first phrase from the Three Character Classic, which she translated into, “People at birth are inherently good.” This is her way of coping “when things get hard.”

We agree with her. The current China-US relationship is tough. It requires those who have to go through this toughness to hold onto faith.