Former US president Brack Obama on January 17 shared stunning throwback photos of his wife and former first lady of the United States Michelle Obama. On the occasion of her 57th birthday, Former President Obama tweeted throwback birthday photos of Michelle calling her ‘blessing’ and his ‘best friend’. Obama also shared Michelle’s gorgeous beach photos on his official Instagram handle with a caption: “Happy birthday to my love, my partner, and my best friend. Every moment with you is a blessing. Love you, Miche.”

Several fans and former political colleagues, and world leaders including the 44th US president, wished the former first lady on her special day, which included vice-president-elect Kamala Harris, the Rev Al Sharpton, Ellen DeGeneres, and many more. “Happy birthday Michelle Obama. Thank you for pouring every ounce of yourself into empowering the next generation of leaders. Our country, and I, are better off because of you,” US president-elect Harris wrote in a sentimental post on Twitter, sharing her picture with the former first lady. Michelle Obama shares her birthday with popular American actress Betty White who turned 99, and one of the most distinguished Hollywood actor James Earl Jones who turned 90.

Oscar award winner actor Viola Davis also took to her social media to pour birthday wishes for Michelle, as she wrote: “Happy, happiest of birthdays @MichelleObama! Thank you for your authenticity, beauty, courage, intelligence, and loyalty. You’re OUR hero, a sis!! I hope to honor you and all you are in my portrayal of you! Love ya.”

Read: Barack Obama Enjoyed These 17 Books In 2020 The Most; Read Full List

In the adorable post that has awed the internet, Barack Obama showered heartfelt words for his wife, expressing gratitude and love and well-wished for his life partner. The two married in October 1992, and have two children together, a 22-year-old daughter Malia and 19-year-old Sasha. Last year, the couple celebrated their 28th wedding anniversary, and Michelle showered similar gratitude for her husband as she wrote: “I love @BarackObama for his smile, his character, and his compassion. So grateful to have him as a partner through everything life throws at us.” 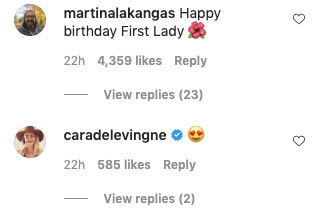 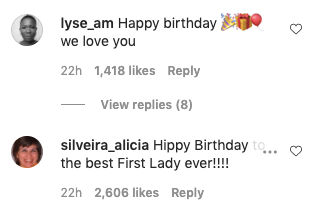 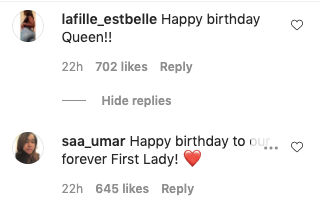 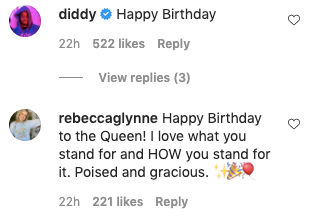