Many Bollywood stars participated in this awards show. From Urvashi Rautela, Shruti Haasan to Kajol, many actresses reached the red carpet here, but in this award function, Kajol arrived wearing such a dress that she was ridiculed on social media. Although her fans are also telling her dress and look good but most of the people are not liking her look and are making fun of her dress. 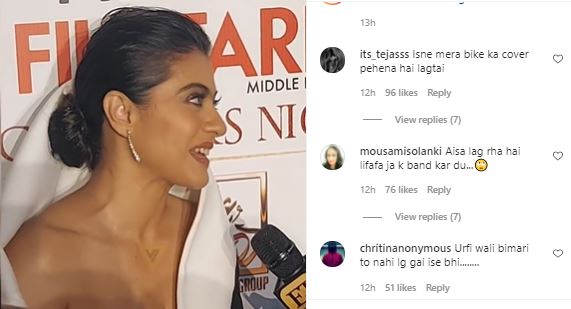 Kajol’s video from the Filmfare Middle East Achievers Award nights is becoming quite viral on social media. In this video, Kajol is wearing a black gown and has a white collar on it. But the size of this collar is so big that people are comparing it to the envelope. Some people are even comparing Kajol with Urfi Javed.

A few days ago, Kajol appeared with her family in Durga Puja. Where he was accompanied by his mother and veteran actress Tanuja as well as sister Tanisha. Many photos and videos of Durga Puja went viral on social media. She was looking very beautiful in the saree that Kajol was wearing during Durga Puja. 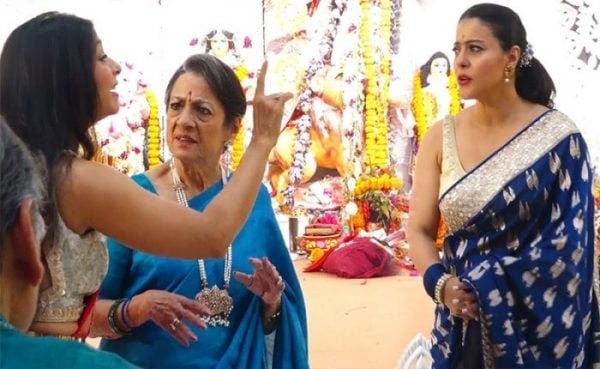 During Durga Puja, a video of Kajol and Tanisha also went viral in which both sisters were seen fighting over something. On the work front, the actress has appeared in three films in the last two years. In the year 2020, his film ‘Tanhaji’ was released in theaters. After this two of his films ‘Devi’ and ‘Tribhanga’ were released on the OTT platform. Talking about Kajol’s upcoming films, she will be seen in The Last Hurrah. Its shooting is going on right now and when it will be released is not known this time. Ajay and Kajol started dating each other from the 1994 film Gundaraj. The two have worked together in many films before and after marriage, they got married in 1999 and have two children, daughter Nyasa and Beta Yu