Grammy-winning singer H.E.R. is locking in yet another trophy and adding to her already impressive collection. The “Fight For You” star celebrated her new status as an Oscar-winning artist through her social media. 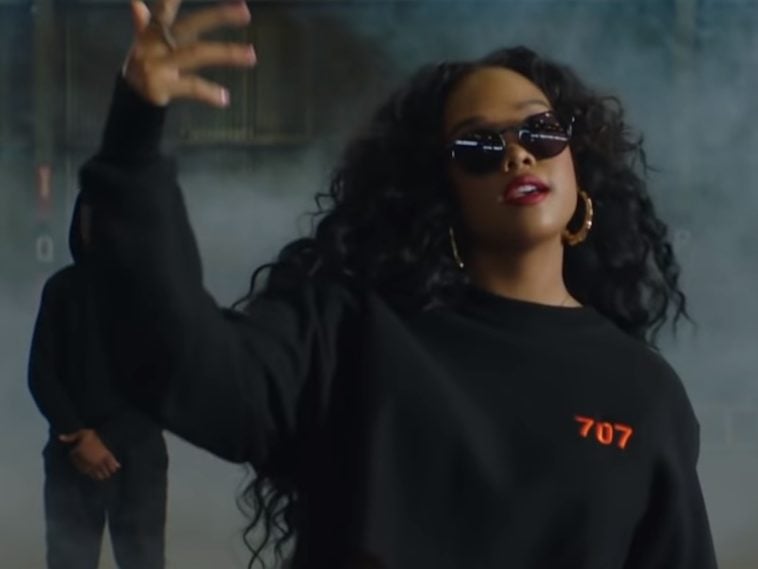 H.E.R. posting photos of herself all glammed up for the awards show and posing with her golden statuette. The R&B star accompanied the snapshots with a message thanking her fans and her team for the incredible achievement.

Last week, in a social media announcement, H.E.R. featured an image of a lined notebook with what appears to be the album title, “Back Of My Mind.” She also reveals the first two songs on the project, “We Made It,” and the title track.

H.E.R. continues to put out powerful music. In March 2021, in a must-watch “Fight For You” music video, H.E.R. goes back to a white cop shooting a Black man in the early 1970’s New York City. The visual shares powerful moments of unity and the fuel for what brought groups together to fight oppression and racism.

Fast-forward 50 years later to 2021, and the R&B singer is helping her father deliver pairs of black shoes to loved ones with Hampton’s famous proclamation “I am a revolutionary” stamped on the heel. Despite the history of violence against the Black Panther Party repeating itself in the visual narrative, “Fight for You” invokes the undying spirit of the revolution and pays homage to its past and present members. (Billboard)

In February 2021, H.E.R. performed a soulful take on “America the Beautiful” at Super Bowl IV. Along with the singer, crooners Jazmine Sullivan and Eric Church contributed to the festivities with their “The Star-Spangled Banner.”