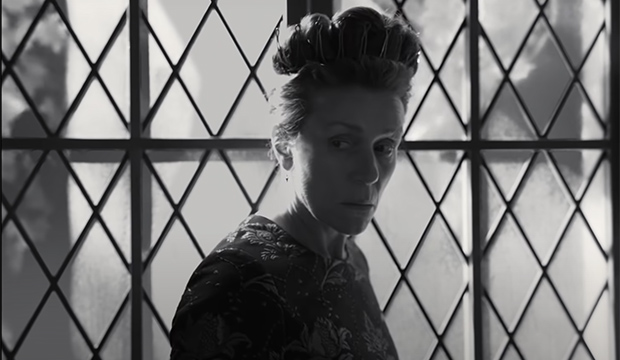 There is seemingly little Frances McDormand can’t do. The actress commands the screen as Lady Macbeth opposite Denzel Washington in husband Joel Coen’s upcoming acclaimed film “The Tragedy of Macbeth.” That means she is on the precipice of making history at the Screen Actors Guild Awards. Again.

In 2018, McDormand became the first woman to take home a second SAG Award for lead actress, winning for her turn in 2017’s “Three Billboards Outside Ebbing, Missouri.” Her first win in the category came 21 years earlier for her performance in the Coen Brothers’ iconic black comedy “Fargo” (1996). Since McDormand won her bookend, two other women have also triumphed for a second time: Renée Zellweger (2002’s “Chicago” and 2019’s “Judy”) and Viola Davis (2011’s “The Help” and 2020’s “Ma Rainey’s Black Bottom”).

Either SAG-AFTRA voters got together and collectively decided it was finally OK to allow women to earn multiple accolades in the category, or whatever curse that had previously plagued the category has been broken by one of the greatest actresses of her generation. How else do you explain something that had never happened until 2018 but has now happened three times in four years? (On the men’s side, three-time champ and retired actor Daniel Day-Lewis is the only person to have won lead actor more than once, having prevailed 2002’s “Gangs of New York,” 2007’s “There Will Be Blood” and 2012’s “Lincoln.”)

SEE Oscar Experts Typing: Will ‘The Tragedy of Macbeth’ have a fair (not foul) chance of scoring its leads some historic wins?

This year, McDormand — who also has an ensemble SAG Award for “Three Billboards” and a limited series/TV movie actress award for HBO’s “Olive Kitteridge” — could leave everyone in the dust once more. Should she earn a nomination and win come Feb. 27, she’ll set a new record with a third SAG Award for lead actress. However, to do so she’ll need to overcome the odds. McDormand currently sits in fifth place in Gold Derby’s combined odds to earn a nomination. Leading the category with eight Experts predicting her to win is Kristen Stewart, who portrays Diana, Princess of Wales in “Spencer.” Jessica Chastain (“The Eyes of Tammy Faye”) sits in second, Lady Gaga (“House of Gucci”) is in third with two Experts predicting her to triumph and Olivia Colman (“The Lost Daughter”) slots in at fourth.

Since the New York Film Festival debut of “The Tragedy of Macbeth” — which is the first film Coen has directed without his brother, Ethan — critics have praised McDormand’s performance. So although Stewart feels like the type of winner who would come from a populist voting body like the SAG Awards, it would be naive to count McDormand out given both her history and her immense talent. Plus, this wouldn’t be the first time she pulled off a stunning upset. If you’ll recall, she shocked everyone earlier this year when, after losing the SAG Award to Davis and having only won the BAFTA in the lead-up to the Oscars, she won her third Academy Award for Best Actress, just three years after her second, for her performance in Best Picture winner “Nomadland,” a feat that only the great Katharine Hepburn has ever achieved (though she still holds the record at four). While there hasn’t been that much time since her last SAG triumph — it’s easy to imagine a scenario in which voters might want to divvy up the accolades after awarding McDormand in 2018 and having just honored a third actress with her second award last year — if anyone has what it takes to make history with a third lead actress victory, it’s McDormand.