Kamar Film Factory partners Filmfare Awards for the 67 th edition of the ultimate recognition of excellence in cinema down-South.

Filmfare Awards South- the most sought-after awards honouring cinematic excellence from South India is back with its 2019-2021 edition. This year, the awards night promises to double the excitement as the Filmfare Awards South celebrations will be spread over two consecutive nights- once exclusive night reserved each for movies released in 2019 and 2020-2021. As the popularity of the Film industries down south grew, Filmfare widened its sphere to include artistic and technical excellence from Telugu, Tamil, Malayalam, and Kannada films. While the thought of winning a Black Lady has been alluring ever since its inception in 1954, the Filmfare Awards South became an independent event in 1972. The event has become bigger and more successful with each passing year and the association with Kamar Film Factory is a testimony of Filmfare’s commitment to the South film industry.

Talking about the upcoming edition of the awards, Deepak Lamba, CEO of Worldwide Media, said, “The Filmfare Awards South have become the most prominent awards given for Tamil, Telugu, Malayalam, and Kannada films in India. The grandeur associated with the platform has inspired every artiste of the South Indian Film fraternity to display their camaraderie and showmanship at the awards night. The upcoming edition of the Filmfare Awards South promises to be bigger and better than ever and we are happy to associate with a leading name in the South Indian film industry, Kamar Film Factory. We lookforward to a fruitful association and celebrating the talent together.”

Jitesh Pillaai, Editor, Filmfare added, “The Filmfare Awards South night is a special one- with the best performances felicitated and the several foot-tapping numbers performed during the ceremony. It is a riot of vibrant colour, thumping music and excited fans as they see their favourite stars take the stage by storm.” 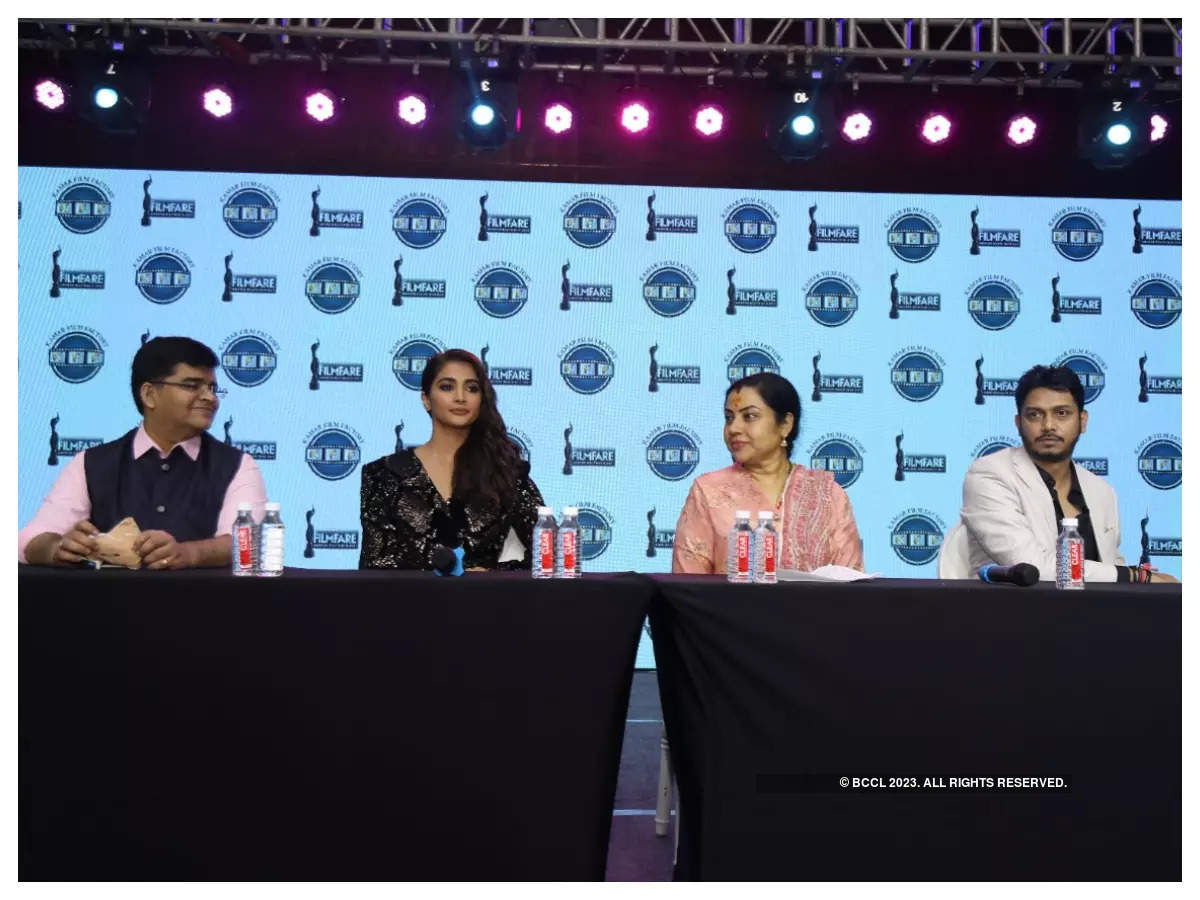 Mr. Kamar, Founder, Kamar Film Factory said, “There are no two ways about it- Filmfare Awards South is one of the most awaited events in the entertainment circuit of South India. It was dearly missed last year, but we’re excited that this time it is spread over two days, giving every release from 2019 to 2021 a chance to win the recognition they deserve. I’m eagerly looking forward to this.”

Pan-India star Pooja Hedge added, “For anyone in the entertainment industry, a Filmfare Award is always an aspiration and also a huge inspiration to keep doing better work. I’m truly grateful to Filmfare Awards South for encouraging all of us to break out of the ordinary and deliver stellar performances for the audience.”

For over six decades, Filmfare has been the ultimate destination of Bollywood for die-hard fans by extending the rich legacy of the brand into a multiple formats, avenues and experiences. The brand also is known to keep the film-buffs updated with exclusive interviews, classy photo shoots, insider stories, sneak peeks, fashion coverage, movie reviews and special features. Filmfare captures Bollywood’s biggest stars at their colourful, candid, beautiful and quirky best. Filmfare Awards, its biggest flagship property, recognises the best talent in Indian cinema. Since its inception in 1953, it has been a benchmark of merit in the industry. While the legacy of Bollywood and South film industry continue, Filmfare Awards made its presence felt across Marathi, Punjabi and Bengali cinemas too.