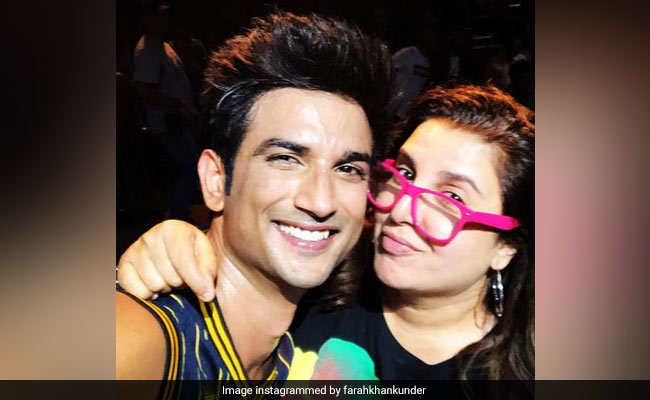 The main Filmfare Awards night is preceded by the Technical Awards every year and this year was no different. On Saturday, as part of the Filmfare Technical Awards, Farah Khan was announced as the winner of this year’s Best Choreography Trophy and she’s clearly on cloud nine. Farah Khan won the Best Choreography Filmfare for the title song of Sushant Singh Rajput’s film Dil Bechara. This year’s trophy also marked Farah’s seventh Filmfare win. In an emotional post on Instagram, Farah Khan shared her winning speech of sorts, remembering Sushant Singh Rajput, who died in June last year, just months before Dil Bechara released.

“This one’s special. My 7th Filmfare for Dil Bechara. My only song with Sushant Singh Rajput who turned my good choreography into an exceptional song with his ease…. bittersweet feelings while accepting this today,” read an excerpt from Farah Khan’s post. She also singled out filmmaker Mukesh Chhabra for roping in Farah Khan in his debut directorial Dil Bechara. “Thank you my bhai, Mukesh Chhabra. I thought I am doing you a favour but clearly it was the opposite.”

The Filmfare Awards nominations were announced earlier this week. Late actor Sushant Singh Rajput has been posthumously nominated in the Best Actor category for his performance in the film Dil Bechara. Irrfan Khan, who died in April last year, also received a Best Actor nomination for his role in Angrezi Medium. Ajay Devgn, Ayushmann Khurrana, Rajkummar Rao and Amitabh Bachchan are also nominated for Best Actor.

The 66th edition of the Filmfare Awards will air on Colors TV on April 11 at noon.