The 2020 awards season kicks off with Sunday’s Golden Globes.

The 77th annual Golden Globe Awards are bringing together some of the buzziest names in Hollywood across film and television. This year the Globes are favoring streaming services, with Netflix leading the pack with 34 nominations for its many projects.

From Ricky Gervais’ fifth year as host to the multiple red-carpet preshows, here is everything you need to know about the 2020 Golden Globes.

When and where are the Golden Globes?

The 77th annual Golden Globe Awards will take place on Sunday, Jan. 5 at the Beverly Hills Hilton. The show will start at 8 p.m. and will be broadcast live by NBC.

Who is nominated for the 2020 Golden Globe Awards? 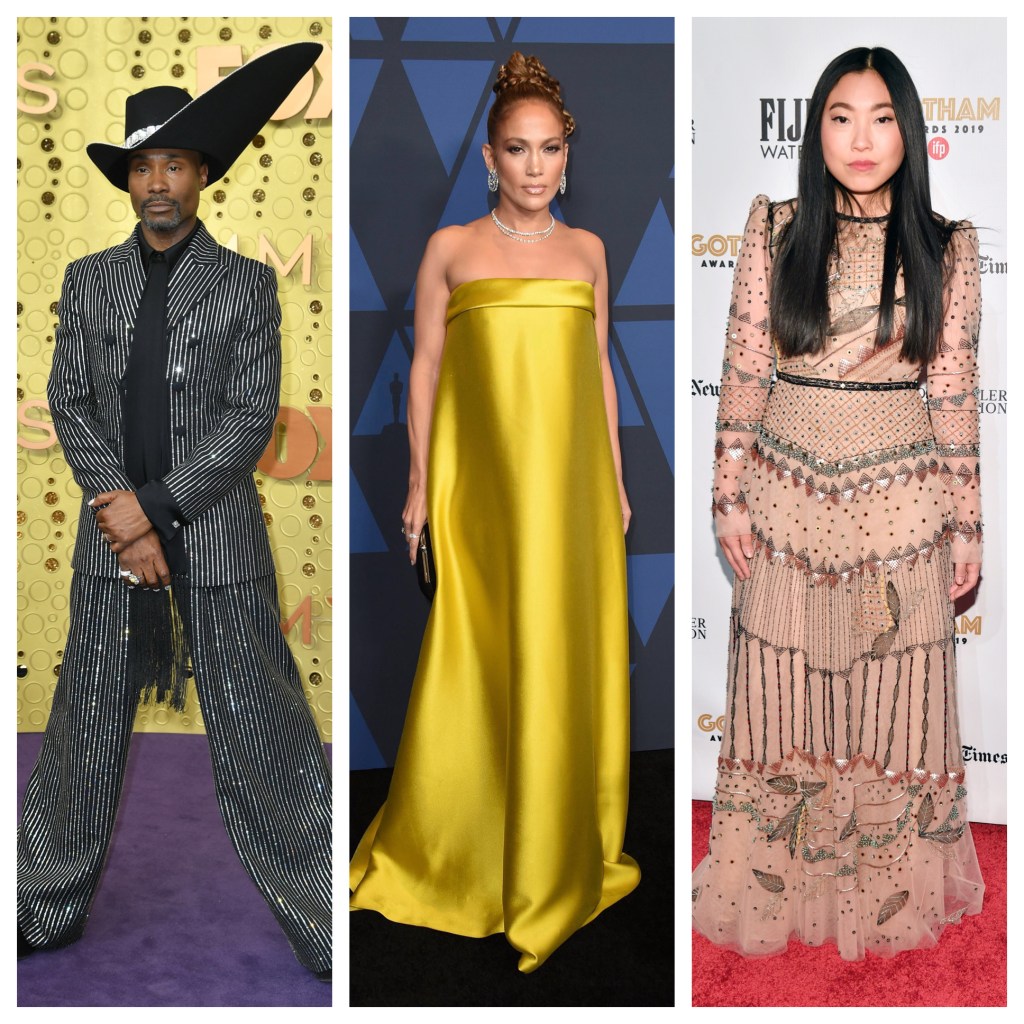 The Globes released the full list of 2020 nominees on Dec. 9, and Netflix led with 34 nominations across TV and film for projects such as “Marriage Story,” “The Irishman” and “The Crown.”

Apple’s new service Apple TV+ has cemented its place in the streaming service wars with nominations for “The Morning Show,” including for best television series (drama) and best performance by an actress for Jennifer Aniston and Reese Witherspoon.

Other notable nominations went to Billy Porter — who recently became the first openly gay black man to win an Emmy Award — for best performance by an actor for the TV show “Pose,” Jennifer Lopez for her role as the scamming stripper Ramona in “Hustlers” and Awkwafina, who received her first nomination for her role in “The Farewell.”

Who is hosting the 2020 Golden Globes? 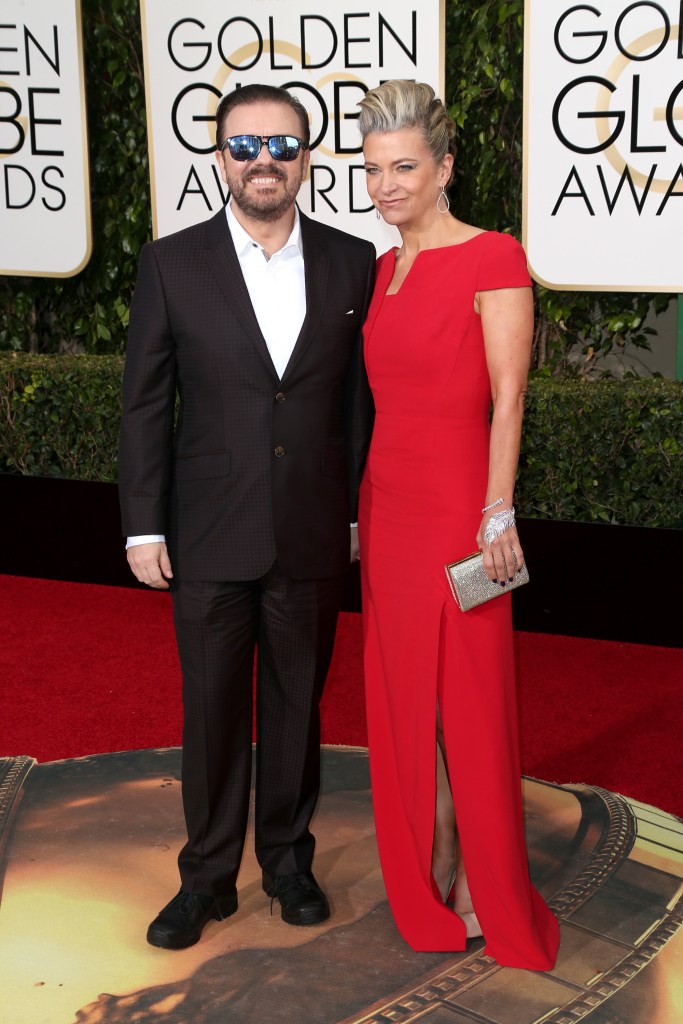 Ricky Gervais and Jane Fallon at the Golden Globes in 2016.
Jim Smeal/Shutterstock

Comedian Ricky Gervais is returning for the fifth time to host the awards.

Gervais has long been a divisive Golden Globes host, routinely under fire for his scathing jokes that poke jabs at celebrities in attendance at the show and at the Hollywood Foreign Press Association, which is behind the annual awards show.

The comedian first hosted the Globes in 2010, later returning for two consecutive years before handing off hosting duties to Tina Fey and Amy Poehler. He last hosted the awards in 2016.

Which celebrities are presenting awards? 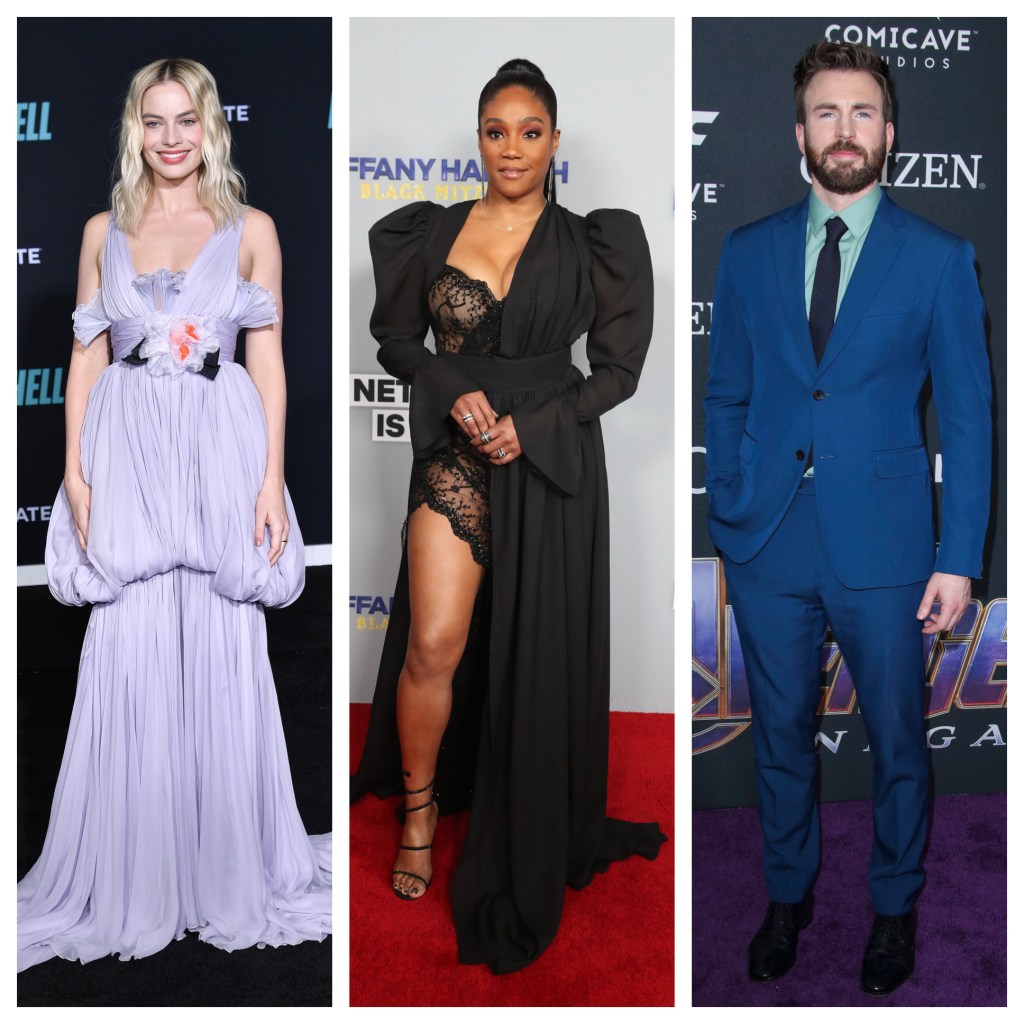 The Golden Globes revealed its first batch of celebrity presenters on Twitter on Jan. 2, which includes nominees like Margot Robbie, Rami Malek, Scarlett Johansson, Charlize Theron and Daniel Craig, to name a few.

Will there be honorary awards? 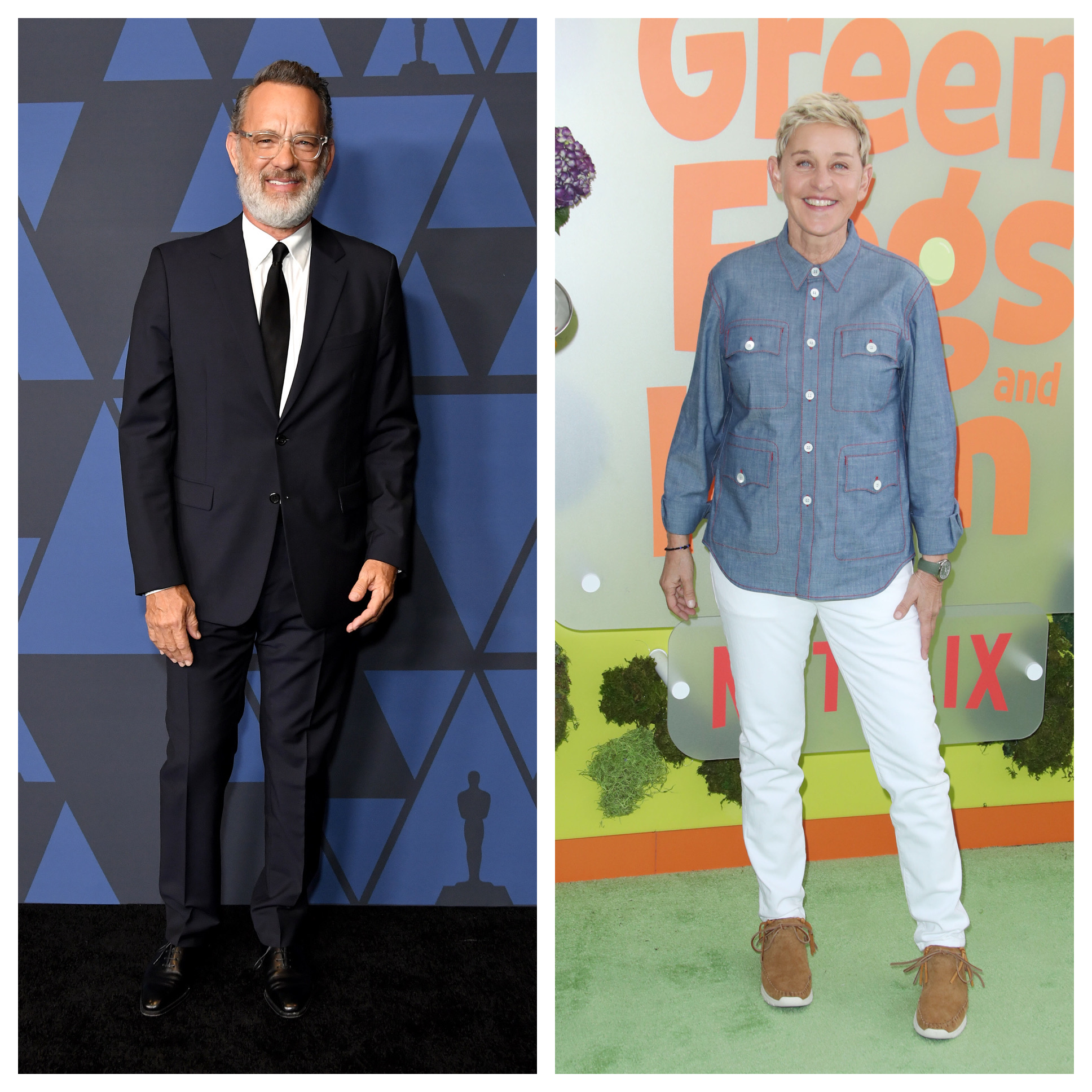 The annual Cecil B. deMille Award will be presented to eight-time Golden Globes winner Tom Hanks.

The Carol Burnett Award, which was established last year to honor excellence in television, will go to Ellen DeGeneres.

Is there a preshow for the 2020 Golden Globes?

This year the Golden Globes has embarked on a partnership with Facebook to stream the Golden Globes Red Carpet Live pre-show, which will air at 6 p.m. EST. The show will be hosted by Sofia Carson, AJ Gibson, Jeannie May and Scott Mantz. There will also be a red carpet pre-show broadcast on NBC.

E! will also be hosting its “Countdown to the Red Carpet” starting at 4 p.m. and then its red carpet coverage hosted by Ryan Seacrest and Giuliana Rancic at 6 p.m.

The 77th annual Golden Globes will be broadcast on NBC and will be streamed on NBC’s web site and app.

For those without cable or an NBC login, the show can be streamed on Hulu+, AT&T TV Now, Fubo TV, Sling TV and YouTube TV.

WATCH: What It’s Like to Walk the Red Carpet at an Awards Show