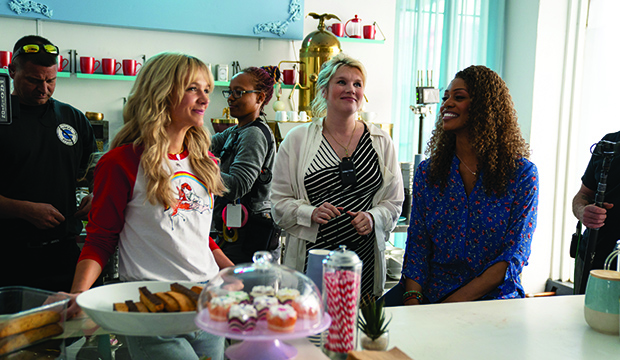 After the 2010s closed without a female writing Oscar winner in either category, the 2020s will not suffer the same fate. Emerald Fennell won Best Original Screenplay for “Promising Young Woman” on Sunday, ending a 13-year drought for female screenwriters at the Oscars.

The last woman to win a writing Oscar, solo or as a co-writer was Diablo Clody, who nabbed Best Original Screenplay for 2007’s “Juno.” The drought is longer in Best Adapted Screenplay, with Diana Ossana, co-writer of 2005’s “Brokeback Mountain” with Larry McMurtry, the most recent one.

Fennell was the odds-on favorite heading into the Oscars after picking up the Writers Guild of America Award and the BAFTA. Her closest competitor was Aaron Sorkin for “The Trial of the Chicago 7,” which won the Golden Globes’ single screenplay category. But Fennell pulled ahead after her WGA victory over Sorkin. You’d have to go back 20 years to find a WGA original screenplay champ, “You Can Count on Me,” that lost the Oscar to a fellow WGA nominee, “Almost Famous.” Two years ago, WGA winner “Eighth Grade” was Oscar-snubbed, allowing WGA nominee “Green Book” to win the Oscar. And 18 years ago, WGA champ “Bowling for Columbine” was not up for the Oscar, which went to “Talk to Her.”

Meanwhile, in adapted, Chloe Zhao’s “Nomadland” script lost to Florian Zeller and Christopher Hampton’s “The Father.” Had Zhao won, it would’ve been the first time that solo female screenwriters swept the writing categories in the same year.