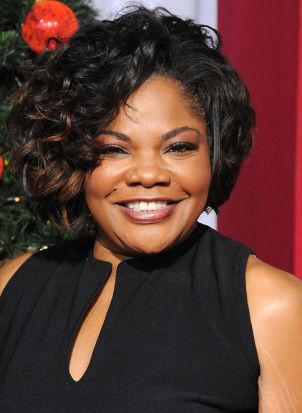 D.L. Hughley’s daughter Ryan Nicole Shepard is now stepping in between her father and Mo’Nique amid their heated online spat.

On Instagram, Shepard aired out her grievances with the “Precious” star for insulting her mother and her younger sister during the feud.

“Out of all things you could have legitimately said about my dad if that’s the route you wanted to take, you chose to be deliberately mean and hurtful to two Black women who have nothing to do with this conversation,” she wrote, noting how the controversial comedian used her family as a punchline to show how “little mental stability, dignity, morality and respect” she had for herself and other Black women.

“You’re disgusting and you absolutely need to keep every single member of MY family’s name out of your poisonous mouth,” Shepard wrote, before adding:

“Not because you can do us harm, you can’t. But because you are adding to the historical and systematic disrespect and trauma of other Black women… who you claim to love. And for what? A check?”

Following their argument over the headlining slot at 105.9 KISS-FM’s The Comedy Explosion,  Mo’Nique continued to apply pressure on Hughley.

Over the weekend, the 54-year-old took to Instagram where she shared an old interview clip of the “Kings of Comedy” alum expressing his regret for dismissing his daughter’s claims about a sexual assault incident she experienced.

initially, Hughley didn’t believe his daughter because he assumed he knew the character of the person who allegedly assaulted her.

Mo’Nique called the comedian a “coward” for disregarding his daughter’s claims.

“This highlights why the BLACK WOMEN isn’t believed when she publicly speaks about her trauma,” the Oscar-award-winner’s caption read.

“What does the BLACK WOMEN & his (DL’s ) BLACK WIFE have coming. Watch who stands with this man & your looking at the same ones who will sit down, when you our sisters are being attacked.”

While upset, Shepherd offered Mo’Nique the opportunity to talk about why her words cut deep and it looks like the star might be willing to make amends with Hughley and his family.

“@brownsugarandbourbon Hey young sister THANK YOU FOR THE INVITATION FOR A DISCUSSION,” the actress replied back to Sheperd’s message. “IT COULD BE VERY HEALING FOR OUR COMMUNITY.”

RELATED CONTENT: Mo’Nique Says Tyler Perry Apologized For ‘Blackballing’ Her From Hollywood, But Was It Sincere?