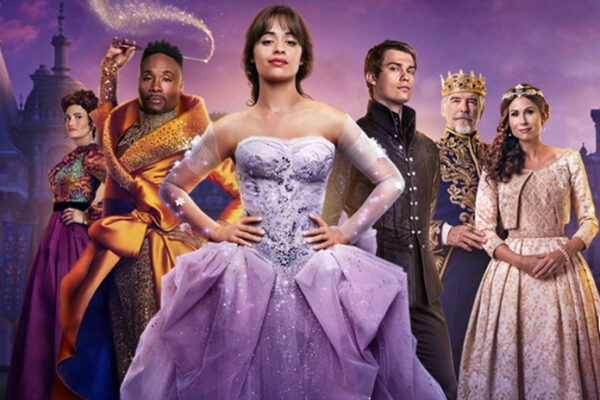 As ratings of the Academy Awards plummet year after year, the Academy of Motion Picture Arts and Sciences (AMPAS) – in a bid to increase the show’s resonance with social media users – recently announced the introduction of a new way to honor films based on viewer votes.

Called #OscarsFanFavorite. the award (which reportedly isn’t an actual Oscar) is a nod to the popular movies of the year that may have been shut out of the nomination pool of the 24 competitive categories handed out every year.

With the race to the finish line heating up among some of the year’s film favorites, a peek at the polls reveals Amazon Prime’s ‘Cinderella’ may be riding its carriage right to the winner’s circle at the 94th annual edition of the awards ceremony.

Reports have it the Camila Cabello-led hit musical, which premiered in September 2021 to over 1 million U.S. households its opening weekend, is currently #1 among the top-voted movies thanks to promoted pushes among the singer’s fans – affectionately called #Camilizers.

Fans can vote up to 20 times per day until March 3.

And while ‘Cinderella’ (which also starred Idina Menzel, Billy Porter, and more) is currently in the #1 spot, stiff competition is coming in the form of Johnny Depp‘s ‘Minimata,’ ‘Spider-Man: No Way Home,’ and ‘Zack Snyder’s Justice League.’

Until we find out who won the coveted recognition at the March 27 affair, you can keep voting by clicking here.