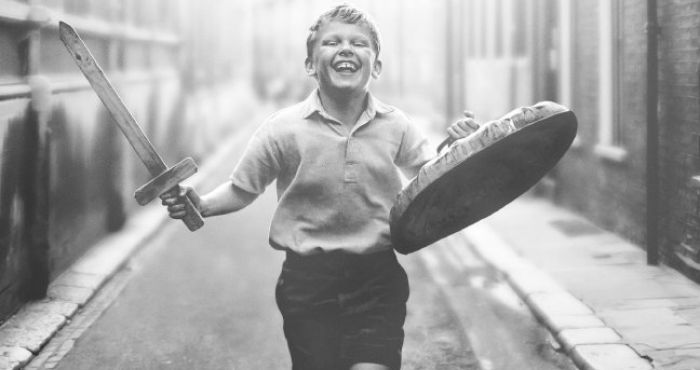 It may be a little early to talk about the 2022 Oscars, but there are certain movies that are already truly standing out amongst their competitors. The 94th Academy Award ceremony will be Hollywood’s highest recognition of excellence in cinematic achievement from 2021. There are several films that critics are already buzzing about, and are currently the leading contenders to be nominated in the Best Picture category.

But since the Oscar season hasn’t officially started yet, the predictions will constantly be changing. The only sportsbook that has some sort of odds on the event is BetMGM and it’s limited to two States. This overview covers all the details needed for movie audiences who want to get a head start on predicting the Best Picture nominations for the 2022 Academy Awards ceremony.

‘Belfast‘ is currently the top contender to be nominated for Best Picture at the 94th Oscars ceremony, which is scheduled to air live on Sunday, March 27, 2022 on ABC from the Dolby Theatre in Los Angeles. The British-Irish coming of age comedy-drama, which is presented in black-and-white, was written and directed by four-time Academy Award-nominated filmmaker, Kenneth Branagh. The movie, which stars Caitríona Balfe, Judi Dench and Jamie Dornan, is set to be released by Focus Features on November 12, 2021, after it received acclaim during its festival run. The comedy-drama, which chronicles the life of a working-class family and their young son’s childhood during the troubles in titular Northern Ireland city in the late 1960s, is one of the leading features that’s currently guaranteed to be included on the Oscar Best Picture nominations list.

While ‘Belfast’ is currently considered to be the film that’s most likely to be nominated in the Best Picture category, there are also a couple of highly anticipated, big budget studio features that also have the potential to be contenders for the top Academy Award category. The historical drama, ‘The Last Duel,’ which was directed and produced by four-time Oscar nominee, Ridley Scott, reunites Oscar-winning screenwriters, Matt Damon and Ben Afflect, who co-penned the script with Nicole Holofcener. The feature, which stars Damon, Adam Driver and Jodie Comer, is set to be released in theaters on October 15, 2021 by 20th Century Studios, after it premiered at the Venice Film Festival.

Set in 14th-century France, ‘The Last Duel‘ follows Marguerite de Thibouville (Comer) as she claims she was raped by her husband’s best friend. Her husband, knight Jean de Carrouges (Damon), challenges his friend and squire, Jacques Le Gris (Driver) to trial by combat.

Another highly anticipated big blockbuster that has the potential to be nominated for the Best Picture Academy Award is the latest version of ‘West Side Story,’ which was directed and co-produced by three-time Oscar winner, Steven Spielberg. The romantic musical drama is a remake of the classic 1961 movie of the same name, which won the Best Picture Academy Award. The new remake, which is also being distributed by 20th Century Studios, will receive a theatrical release on December 10, 2021. The new ‘West Side Story’ has the potential to be nominated for Best Picture in part for its chemistry between its lead performers, Rachel Zegler and Ansel Elgort.

However, not all highly anticipated, big studio movies have the potential to be a leading contender for a spot as a nominee in the Best Picture Oscar category. The spy film, ‘No Time to Die,’ is highly anticipated, as it marks Daniel Craig’s last performance as James Bond in the hit series. The drama, which was directed by Emmy Award-winning director, Cary Joji Fukunaga, is set to be distributed in theaters on October 8, 2021 by United Artists Releasing to the excitement of fans of the franchise.

However, the former MI6 agent’s life in retirement, which is chronicled in the ‘No Time to Die,’ isn’t a guarantee to appeal to mass audiences who aren’t familiar with the Bond franchise. That limits the chances of the series’ 25th installment being granted a nomination for the Academy Awards’ most acclaimed prize.

Since there’s still six months left before the 2022 Oscar winners are announced during the 94th ceremony, the filmmakers whose projects are predicted to be included on the Best Picture nominations list have plenty time to continue campaigning for their movies. While the predictions also still have plenty time to change before the ceremony, ‘Belfast’ seems the most likely to be included in the nominations list for the Academy Award’s most coveted category.