On Monday night, eight women were honored at the 29th annual Elle Women in Hollywood Celebration for their creative and cultural contributions to the worlds of music, film, television, and beyond. Ariana DeBose, Anne Hathaway, Zoë Kravitz, Issa Rae, Sydney Sweeney, Sigourney Weaver, Olivia Wilde and Michelle Yeoh were the honorees at the big night. 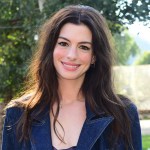 Comedian Nick Kroll was the host for the night. Other Hollywood stars including Mindy Kaling, Keke Palmer, Kerry Washington, Kristin Bell, Kate Berlant, Maude Apatow and Charlize Theron were in attendance, many of whom presented the awards to the night’s recipients. Naomi Watts also introduced the inaugural Amyris Impact Award, which was given to DeBose.

Prior to Monday’s event, all the stars were featured in interviews for the outlet. In a conversation with Hathaway, for instance, the WeCrashed star admitted to the “tremendous pressure” she feels to be likable as a woman in Hollywood.

Below are all the best looks from the night, from Yeoh’s elegant Schiaparelli gown to DeBose’s stunning Ralph Lauren suit.