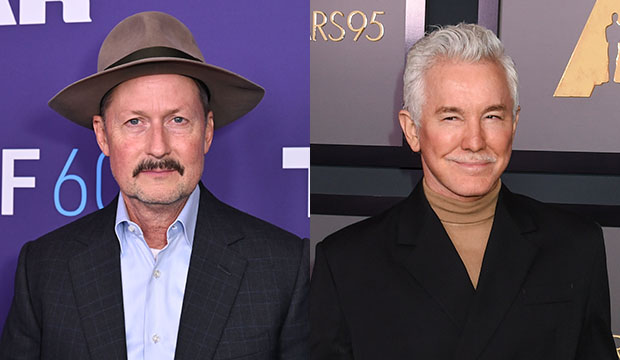 Todd Field has only made three films, but he has twice crossed paths with Baz Luhrmann during Oscar season. They’re currently in contention for “TÁR” and “Elvis,” respectively, but they were simultaneously in the hunt 21 years ago when both were snubbed in Best Director for Best Picture nominees. Will either make the cut this time around?

In 2001, Field make his directorial debut with “In the Bedroom,” which earned five nominations but not in Best Director. Field still had two bids for Best Adapted Screenplay and Best Picture as one of the drama’s producers. Similarly, Luhrmann was nominated as a producer on “Moulin Rouge!” but was MIA in the director lineup despite the lavish musical snagging eight nominations. “In the Bedroom” and “Moulin Rouge!” were the only Best Picture nominees — then in a field of five opposite winner “A Beautiful Mind,” “Gosford Park” and “The Lord of the Rings: The Fellowship of the Ring” — that did not have corresponding Best Director nominations. Ridley Scott (“Black Hawk Down”) and David Lynch (“Mulholland Drive”) were shortlisted instead.

At the time, Luhrmann’s omission was the surprising snub as he had hit the major precursors. He won the Critics Choice Award in a tie with eventual Oscar champ Ron Howard (“A Beautiful Mind”) in a then-field of three (a distant memory compared to today’s field of 10) and was nominated at the Golden Globes, Directors Guild of America Awards and BAFTA. Field made none of those.

SEE ‘TÁR’s’ Todd Field: ‘I don’t think art and morality have anything to do with each other

Since then, Field has accrued one more Oscar nomination, again in Best Adapted Screenplay for “Little Children” (2006), but Luhrmann has not yet been invited back to the party. With the Best Picture lineup now set at 10, “TÁR” and “Elvis” are looking safe for nominations — the former is in fifth place and the latter is in eighth, and both could yield lead acting wins for Cate Blanchett and Austin Butler, respectively — which means Field and Luhrmann would once again be nominees as producers. But what about Best Director?

In a race led by two-time directing champ Steven Spielberg (“The Fabelmans”), only Field is predicted to get in right now, sitting in third place, while Luhrmann is down in 10th. “Everything Everywhere All at Once” team Daniel Kwan and Daniel Scheinert are in second, followed by “The Banshees of Inisherin’s” Martin McDonagh — who knows a thing or two himself about being snubbed for a Best Picture nominee — in fourth and Sarah Polley (“Women Talking”) in fifth. Field and Luhrmann made Critics Choice’s slate of 10, but it was déjà vu at the Globes with Luhrmann in and Field out. BAFTA has been kind to Luhrmann in the past — he even won Best Director for “Romeo + Juliet,” which was released in 1997 in the U.K. and faced off against “Titanic” — but with BAFTA’s current juried system, he’ll likely have a tougher time making the cut than Field unless he’s top two in the popular vote.

Assuming Field is in at the Oscars, are we underestimating Luhrmann? The directing branch tends to go its own way, but usually toward more highbrow fare. “Elvis” doesn’t exactly fall into that territory, but it is a beloved, box office hit. Maybe we’ll have another messy race like 10 years ago when the Oscars only agreed with two of DGA’s nominees. Fittingly, Spielberg was part of that one too.