The Academy Awards, or Oscars, is the most prestigious award show for films in the United States but, the Academy is not infallible. Every so often (though some decades have this happen more frequently) there will be winners of certain Oscar categories that do not deserve the glory and recognition that comes with that golden statue.

RELATED: 10 Upcoming Movies To Look Forward To In 2022

From the Best Acting categories to Best Screenplays, and yes, even Best Picture, the Oscars have been known to give an award to an undeserving nominee. But, if a certain film or actor didn’t deserve an Oscar, which loser should have gotten it instead?

The 89th Academy Awards had some stiff competition for Best Original Screenplay and the Oscar ultimately went to Kenneth Lonergan for the drama Manchester by the Sea. Despite being a portrait of tremendous grief, a more deserving and interesting winner would have been Mike Mills for his semi-autobiographical screenplay 20th Century Women.

20th Century Women is a unique film with a unique script that Mills created as a kind of love letter to the women who raised him, which is reflected in the film’s compelling characters and coming-of-age narrative.

What Miller did with this film is nothing short of a miracle as he took what would otherwise be a generic action film and made it into a heart-pounding journey of redemption and overcoming oppression. Best Director went to Alejandro G. Iñárritu for The Revenant, but it was Miller who deserved it more.

Though she’s the MCU’s new Black Widow, Florence Pugh is an Academy Award-nominated actress who should have won Best Supporting Actress for her portrayal of Amy March in Greta Gerwig’s Little Women.

At the 2020 Academy Awards, it was Laura Dern who beat out Pugh for the Oscar for her role in Marriage Story, a performance that is basically her character from HBO’s Big Little Lies, making the win a bit of a disappointment, especially since Pugh’s Amy was so rich with personality and characterization.

Best Animated Feature at the 2013 Oscars was going to be a Disney win no matter what, as the studio’s Wreck-It Ralph was a clear frontrunner with Pixar’s Brave, but it was the latter film that ultimately won. While Brave ended up being a flashy movie with a familiar/tired story, Wreck-It Ralph delivered so much more.

Not only is it about accepting oneself as more than the role they were designed to play, but Wreck-it Ralph is also more fun and more compelling than Brave.

At the 2018 Academy Awards, Best Picture went to Peter Farrelly’s Green Book and it was a highly controversial win, as the film was an obvious Oscar bait and was subpar compared to the other Best Picture nominees.

That year, the film most deserving of Best Picture was in fact Alfonso Cuarón’s Roma, a film detailing the story of Cleo, an indigenous live-in maid based on the housekeeper from Cuarón’s childhood in 1970s Mexico City. A gripping, perfectly-made film, Roma deserved all of the awards.

In a time where reality TV stars and influencers commodifying their entire lives is a norm, Andrew Niccol’s highly original script for The Truman Show more than deserved the Best Original Screenplay Oscar.

The Truman Show is the story of a man whose entire life is completely planned out for a television show that he has no idea is being filmed, making for a compelling and heartbreaking film. It lost to Shakespeare In Love, which is a good screenplay, but nothing compared to The Truman Show.

The film that ultimately won Best Film Editing was Bohemian Rhapsody, the musical biopic about the late, great Freddie Mercury and the rock band Queen, but the award should have gone to Yorgos Mavropsaridis for his work on The Favourite.

A stunning and dramatic tale of Britain’s Queen Anne and the cousins trying to win her favour, The Favourite‘s editing was superb throughout the entire film, whereas Bohemian Rhapsody‘s editing is downright awful, save for the sequence that recreates Queen’s legendary Live Aid performance.

When it came to the 1965 Academy Awards, the obvious winner was Peter Sellers in Stanly Kubrick’s Dr. Strangelove or: How I Learned to Stop Worrying and Love the Bomb, where the actor shone in not one but three very different roles.

RELATED: 10 Movies That Influenced Filmmakers (But Most People Haven’t Seen)

Sellers played Britch Group captain Lionel Mandrake, President Merkin Muffley of the United States, and Dr. Strangelove, the president’s scientific advisor, and a former Nazi. Sure, Rex Harrison was good in My Fair Lady, but he was no Peter Sellers, a comedy acting genius.

While Holly Hunter’s portrayal of Ada McGrath in Jane Campion’s phenomenal film The Piano was surely outstanding, in retrospect, it was her fellow nominee, Angela Bassett, who should have won the Oscar for Best Actress in 1993.

In the biopic What’s Love Got To Do With It, Bassett completely transformed into music sensation Tina Turner, an acting feat on par with Sissy Spacek Best Actress-winning performance in 1980’s Coal Miner’s Daughter. Bassett’s metamorphosis into Turner is a sight to behold and it’s a shame that she didn’t win.

One of the biggest movies of the early 21st century, Ang Lee’s Brokeback Mountain is a film about two cowboys who meet on a summer sheepherding job in the 1960s and begin a love affair that spans decades. It was the film that everyone was talking about in 2004, thanks to its portrayal of a romance brought to life by its electrifying leads, Heath Ledger and Jake Gyllenhaal.

At the 2005 Academy Awards, Brokeback Mountain was up for Best Picture but unfortunately lost to Crash, an undeserving film.

NEXT: 10 Horror Movies That Won Oscars 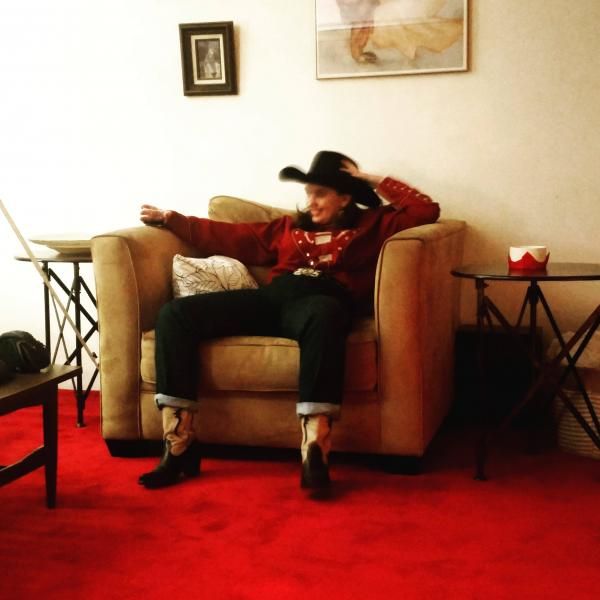 Bailey Jo is a freelance visual journalist, currently living in southern Japan. Along with obsessively watching movies, she enjoys creating art, playing guitar, and relaxing in a hot spring. https://twitter.com/baileyjojosie