While comic book blockbusters have been pouring in the money and achieving box office records, many famous directors, and more particularly the Academy Awards themselves, seem like they have it out for these flicks. From Martin Scorcese’s dig at the Marvel Universe to consistent snubs year on year, very few comic book movies have ever won an Oscar, let alone be nominated.

RELATED: The Oscars: How Genre Movies Have Fared In The Best Picture Category

In fact, the only aspect of the Oscars that superhero movies seem to get recognized for is the technical aspects like visual effects and cinematography, although they still usually end up going home without the prestigious award. That being said, some rare comic book movies have broken the mold and deservedly been nominated for an Academy Award.

The Superman franchise has always been a massive favorite amongst fans across the world, whether or not they love comic books, but it took them 37 years after the first Superman cartoon in 1941, which was nominated for Best Animated Short Subject, for another Superman movie to get a nomination at the Oscars.

RELATED: Every DC Film That’s Won An Oscar, From Superman To Joker

This came with the all-time classic Christopher Reeve-led movie which propelled the world to fall in love with comic book movies and subsequently got three nominations for Best Sound, Best Film Editing, and Best Original Score. Unfortunately, although not surprisingly, the film didn’t win a single Oscar, instead it received a Special Achievement Award for its epic visual effects.

The comic book adaption by Barry Sonnenfeld, and spear-headed by Will Smith and Tommy Lee Jones, was such a good film that it had to get nominated for something. In fact, the film was nominated for three different awards, although none of them recognized the great performances by the cast or the writing and directing.

The sci-fi epic ultimately won the Academy Award for Best Makeup but lost Best Art Direction to Titanic and lost Best Original Musical/Comedy Score to Full Monty. That being said, it still managed to win an Oscar and led to the creation of one of the most popular franchises of all time.

The Web-Slinger’s introduction to the big-screen came with a bang in Sam Raimi’s Spider-Man in 2002. From the stellar performances across the board, probably most notably Willem Dafoe’s incredibly frightening Norman Osbourne, aka Green Goblin, it’s no surprise that the film ended up with two nominations at the Oscars.

In what seems like a common trend, the comic book movie was only nominated for Best Sound and Best Visual Effects, which were both lost to Chicago and The Lord of the Rings: The Two Towers respectively. That didn’t stop Raimi from turning the movie into an iconic trilogy, and in the second installment, the blockbuster managed to win Best Visual Effects.

Christopher Nolan is one of the best directors around so it was no surprise that his take on the iconic Dark Knight would be so good. In fact, the trilogy hit its peak with its second installment, The Dark Knight, in 2008. The film actually swept 8 nominations all together and won two of them.

RELATED: Every Live-Action Batman Movie (& What Each Got Wrong About The Character)

One of the best parts of the movie was Heath Ledger‘s iconic and brilliant performance as the Joker, who was posthumously awarded Best Performance by an Actor in a Supporting Role. The other Oscar was given to Richard King who won the award for Best Achievement in Sound Editing.

Robert Downey Jr. and Jon Favreau will never be forgotten as two of the spearheads of the MCU, where it all kicked off with the brilliant portrayal of the genius, billionaire, playboy, and philanthropist Tony Stark. Given how influential Iron Man was for the entire comic book movie genre, it’s no surprise that it managed to grab a couple of nominations along the way.

As could have probably been predicted, however, the film was nominated for Best Sound Editing and Best Visual Effects and ultimately lost to The Dark Knight and The Curious Case of Benjamin Button. The lack of recognition for Robert Downey Jr.’s character didn’t stop him, however, from becoming the icon of a 23-movie saga franchise that is still expanding today.

5 In A World Full Of Magic & Spells, Doctor Strange Was Bound To Have Impressive Visuals

Scott Derrickson made one of the most ambitious MCU films to date when Benedict Cumberbatch starred in the blockbuster Doctor Strange in 2016. Not only was it ambitious in terms of superhero battles, but the film also took it to a new level with the added element of sorcery throughout. From Inception-like buildings flipping upside down to a scene entirely in another universe against Dormammu, Marvel really stretched the boat with the VFX on this one.

Thankfully all their efforts were rewarded with a nomination for Best Visual Effects at the Oscars, only to lose out to another Disney project, The Jungle Book. Nevertheless, Marvel should still be incredibly pleased with how stunning the movie turned out to be.

4 Mad Max: Fury Road Was A Revolutionary Comic Book Movie & Deserved All Of Its Praise

Not part of the MCU or the DCEU, Mad Max: Fury Road was the most recent installment in the Mad Max franchise from 2015. The film served as a prequel before the old Mad Max movies and perfectly filled in some gaps in the post-apocalyptic world. George Millar did a great job of reigniting the franchise and ended up with ten nominations and six awards.

3 Spider-Man: Into The Spider-Verse Was A Stand-Out Animated Movie In 2018

Spider-Man: Into The Spider-Verse became a massive hit amongst fans thanks to its incredible visuals, great storytelling, epic score, and awesome acting. Watching Miles Morales as Spider-Man teaming up with five other Spideys from across the multiverse was a great and unique spin on the usual Spider-Man movies, and managed to scoop Best Animated Feature Film in 2019.

In fact, winning that Oscar wasn’t an easy feat. They had to beat some Disney blockbusters like Incredibles 2, Ralph Breaks the Internet, Isle of Dogs, and Mirai, and now fans can’t wait to see what’s in store for the sequel.

With some of the best cinematography in the entire MCU, an incredible cast, one of the best villains ever seen on the big screen in Michael B. Jordan’s Killmonger, and great writing and directing from Ryan Coogler, it’s no surprise that Black Panther was heavily involved in the 2019 Oscars.

In fact, Black Panther made history with its nomination for Best Picture as well as six others including Best Costume Design and Best Production Design. While it lost Best Picture to The Green Book, it still took away three awards for Best Achievement in Music Written for Motion Pictures, Best Costume Design, and Best Achievement in Production Design.

The anticipation was immense for Todd Phillips’ version of the iconic villain the Joker, but fans didn’t need to be nervous in the end, as the film ended up becoming one of the most successful comic book films of all time, especially when it comes to the Academy. It was so good that it was rewarded by eleven Oscar nominations, including the prestigious Best Picture award.

The 2020 Oscars turned out to be an incredibly competitive year, with brilliant films like Parasite taking away loads of awards, but Joker still took Best Achievement in Music for Motion Pictures and Best Performance by an Actor in a Leading Role, thanks to the brilliant Joaquin Phoenix.

NEXT: Oscars: 5 Films (& 2 Directors) More Deserving Of Nominations Than Joker

Email
Next Zack Snyder's Justice League: 10 Ways It Made Us Feel Like We Were Watching The JL Cartoon
Related Topics
About The Author 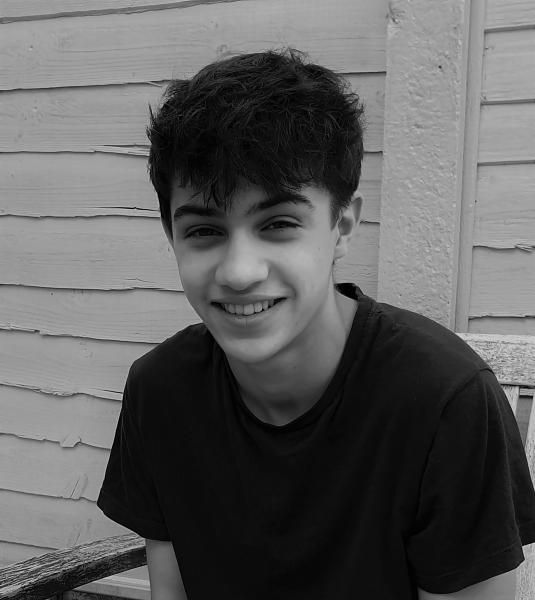 Barney Watts is an article writer, blogger, scriptwriter, aspiring filmmaker, and entrepreneur based in London. When he's not studying the universe as part of his Physics degree, he is watching and writing about movies. Now he works for Valnet, Inc, as a list writer for CBR and ScreenRant. On the side, he writes a compelling blog where he puts "the sci in fi" - analyzing the science behind cinema.